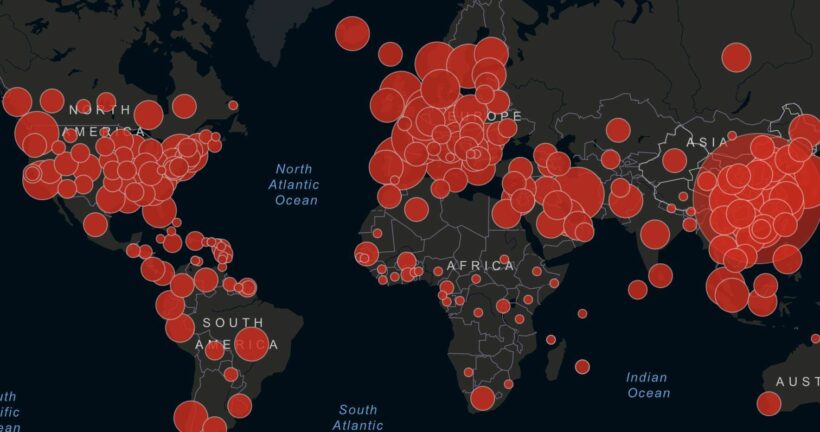 Global coronavirus infections have now topped 9 million infections with the Covid-19 pandemic accelerating in cases. As parts of the world start to open up the World Health Organisation is warning that, far from even getting to a second wave, most of the world is still deep into its first wave.

Europe has been steadily easing community and even travel lockdowns in recent weeks. France has taken the step of allowing millions of children to return to school.

But there are many parts of the world – South America, parts of South Asia – that are only just starting to feel the full impact of the pandemic. Countries like South Korea, Singapore and China are being hit by small outbreaks, just when they’d thought they had things under control. Mexico, Peru, Chile and Argentina are also coping with their own crises… Mexico City being forced to delay plans for reopening its economy as the country’s death toll raced past 21,000 in recent days.

Even Saudi Arabia has announced it is scaling back the hajj Islamic pilgrimage in July. 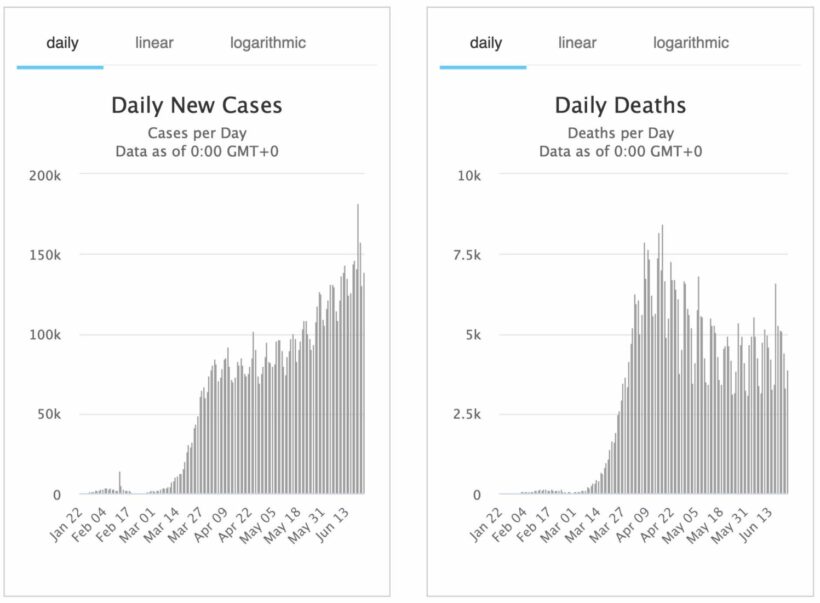 “The pandemic is still accelerating. We cannot defeat this pandemic with a divided world. The politicisation of the pandemic has exacerbated it.”

The WHO believes that some governments have not successfully communicated the seriousness of the pandemic or the potential impact of the virus.

Two notable world leaders, commanding over a total of 500 million people, have actively played down the severity of the pandemic in their countries.

Brazilian President Jair Bolsonaro has repeatedly mocked the threat of Covid-19, calling a “little flu” and arguing the economic impact of shutdowns is a greater concern. More than 51,000+ people have been confirmed to have died from the Covid-19 in Brazil, with the number of deaths accelerating quickly. On April 10, there was only 1,000 people who had died. Throughout May more than 1,000 people were dying every day in Brazil.

Brazil’s official death toll is second only to the US, which has recorded 122,000+ fatalities with 2.38 million active cases, and US President Donald Trump’s handling of the crisis has been widely criticised as erratic and chaotic. In recent weeks the US President has not held any media conferences to discuss the country’s response to the recent acceleration of new cases, particularly in the states of Florida, Texas, Arizona, California, Georgia and Mississippi.

With a vaccine still far away, the WHO is calling for a rapid increase in production of a new treatment drug called dexamethasone, which has been shown to have life-saving potential for seriously ill victims of Covid-19.

A viable vaccine for a coronavirus has never been developed in the past, as 100s of labs around the world race to try and develop and test a safe vaccine.

Certain hand sanitisers ‘could be toxic’ in the USA