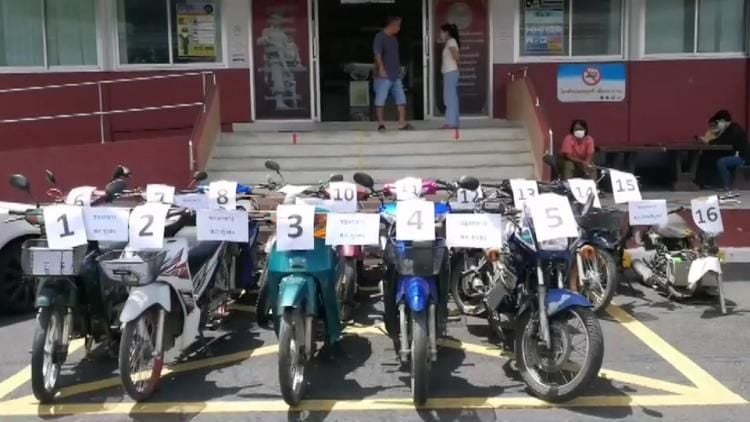 The leader of an alleged motorbike-stealing gang was arrested yesterday in Southern Thailand. Police also seized 16 motorbikes that had been stolen from various districts in Nakhon Si Thammarat.

Udomchai Sukyoi, who went by the name Sua Om, was arrested at a hotel in the province. Police found vehicle registration books, which Sukyoi allegedly kept as collateral while gang members worked on reselling the bikes. Police say they also found “drug paraphernalia”. After arresting and interrogating Sukyoi, police located the 16 stolen motorbikes.

He also confessed to using the illicit drugs.

Officials investigate the illegal logging of 36 rai in Narathiwat