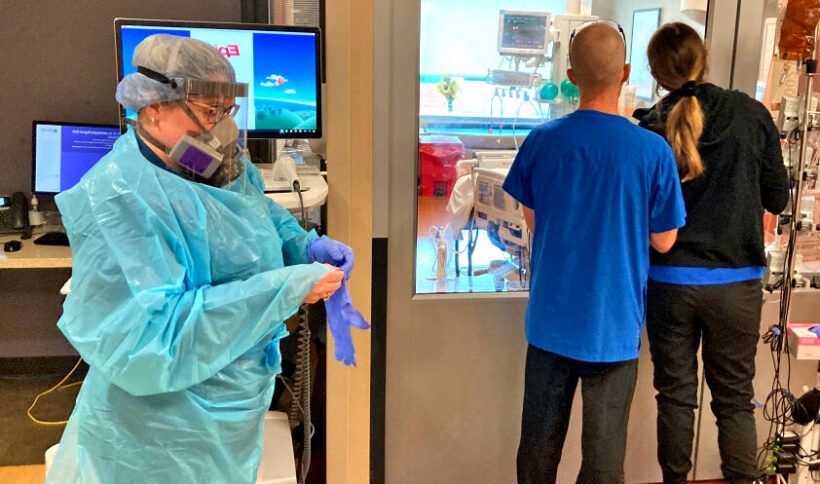 Good news (if you’re vaccinated): The the vast majority of this wave’s hospitalised patients are yet to be vaccinated.

The latest surge of Covid cases sweeping the US is largely driven by the more transmissible Delta variant of the coronavirus. The more than 100,000, currently in US hospitals, in the first time that level of new infections has been reached since January this year. With the wide available of safe and proven vaccines now available across the country, medical workers and officials are mystified and say the current struggles of the country’s medical system could be avoided. 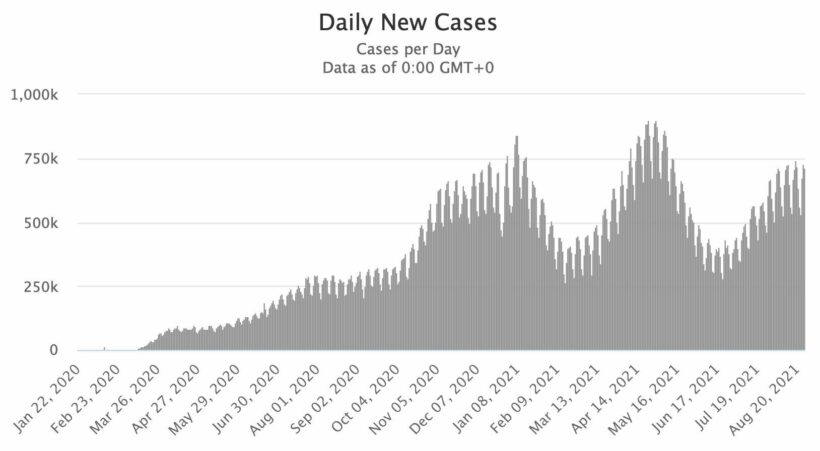 US medical officials also note that the Delta variant is a “game changer” but that the current vaccines have been proven to be mostly effective at vastly reducing hospitalisations and deaths of people infected with the coronavirus.

The current hospitalisations in the US are 6 times higher than just 9 weeks ago when the new infections were starting to massively trend downward.

Infection rates for unvaccinated people are nearly 5 times higher, and the hospitalisation rate is a nearly 30 times higher, according to a study conducted late July, for cases between May and the end July 25, by the Los Angeles County Department of Public Health and published this week by the US CDC.

Put another way, for vaccinate people, 3.2% of them were hospitalised, 0.5% were admitted to ICU and 0.2% required artificial respiration.

But 48.3% of United States residents are still not fully vaccinated and medical workers across the country say they are “straining to keep up with incoming patients as cases rise”.

Of the worst hit state, Florida has the worst per-capita Covid-19 hospitalisation rate in the US followed by the states of Alabama, Mississippi, Georgia and Louisiana. Florida has registered around 80 infections per 100,000 people in the latest figures.

But the reactions by various states vary wildly across the country. In some of the worst hit states the Governors are still actively avoiding measures that could reduce the spread of infections, despite the country’s current health emergency.

This week the Texas Governor Greg Abbott has issued another executive order which extends a state policy “prohibiting vaccination mandates by any government entity”.

Next door, the Florida Governor Ron DeSanti continues to double down on reopening up his state with fewer restrictions saying that “school districts imposing mask mandates are violating state law.”

The Governor had previously issued an executive order banning mask mandates in schools claiming that parents were “best placed” to make that decision and that the state would prosecute any schools that mandated mask wearing for students.

Currently in the US, there are no vaccines cleared for even emergency use for children under the age of 12.

Meanwhile, the Texas Children’s Hospital in Houston is seeing an “unprecedented surge of peadiatric coronavirus cases”. Medical workers say, even more troubling, the young people being hospitalised with Covid-19 “are showing up sicker than before”, according to Dr. Jim Versalovic, an interim pediatrician in chief in Houston, as reported on CNN.

AdamX
8 minutes ago, Bob20 said: Keep spouting the same nonsense that has been disproven, yet not preventing you from repeating it over and over again. Don't you know how silly that makes you look? Stick to your CCC knitting club.…

BlueSphinx
9 minutes ago, billywillyjones said: The vaccines can provide an immune system boost in the very short term however this decreases rapidly and booster shots will be required.  However, they do not stop transmission of the virus and may actually increase…

dmacarelli
3 hours ago, BlueSphinx said: Do you have any actual figures of how many are those 'most adamant anti-vax people' in critical condition in hospital?  Would be useful to compare those figures with the covid-vaccine adverse effect reports as submitted…

Smithydog
The Moderators have observed members continuing to use VAERS and Eudravigilance data to support opinions as to adverse vaccine effects, including deaths. Both of these sites have clear disclaimers advising this is not possible to be done on the…

60 Afghans, 13 US troops killed in Kabul attack; Biden vows to fight back