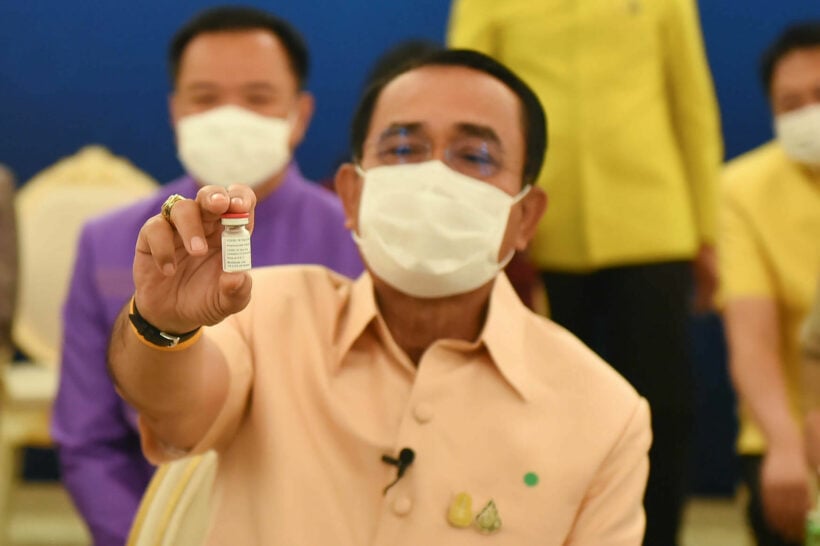 Medics are accusing the Thai government of a lack of transparency over supply issues associated with the AstraZeneca Covid-19 vaccine. The Rural Doctors Society says the administration is keeping quiet about the real situation and the supply challenges it faces.

The government has consistently said that the first batch of locally-produced doses would be delivered this week. The Foreign Ministry has even put out a call for all foreign residents to register to be vaccinated. However, Suphat Hasuwankit from the Rural Doctors Society says he’s heard that officials have had to order 500,000 doses from South Korea in order to have enough for the start of the vaccine rollout on June 7.

Suphat, who posted the news on the society’s Facebook page, says the procurement will have cost a lot of money, but the government has had no choice, due to locally-produced doses not being ready. Up to 1.8 million locally-manufactured doses were expected this month, but Suphat says people who’ve registered may end up being vaccinated with Sinovac instead.

As countries worldwide struggle with vaccine shortages, the Bangkok Post reports that orders are being managed in strict chronological order, with a number of urgent requests being accepted at additional cost. So far, the only vaccine Thailand has managed to obtain under urgent request is China’s Sinovac.

The Thai government has been forced to resort to measures such as ordering hospitals to get 12 doses instead of 10 from each vial of AstraZeneca, as well as extending the period between doses 1 and 2 of the vaccine.

Suphat predicts that the vaccine crisis means the severity of the current outbreak will continue for several months. And as the rollout gets underway in June, he predicts that chaos is likely to be the order of the day.

King Cotton
20 minutes ago, Thaiger said: The government has consistently said that the first batch of locally-produced doses would be delivered this week. Delivery this week? Aren't they the doses reportedly planned for manufacture by Siam Bioscience? Maybe the boss needs…

Ukrainian ambassador to Thailand dies while on holiday on Koh Lipe