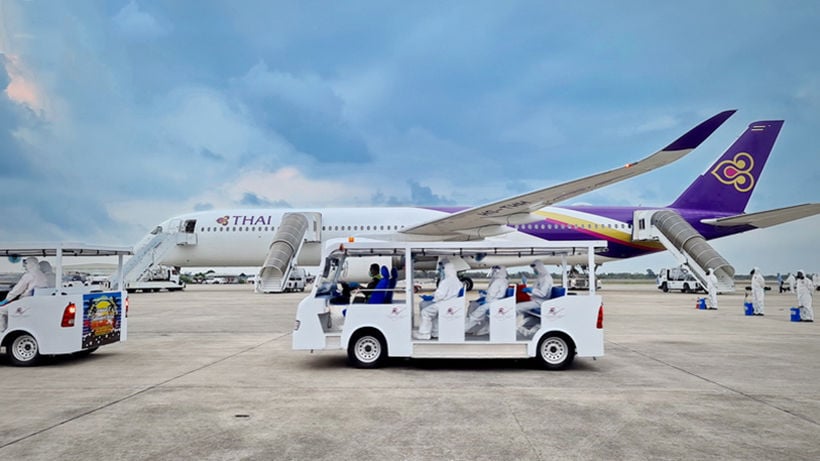 Thai Airways’ recent declaration of bankruptcy and debt rehabilitation has left many holders of unused tickets high and dry. The carrier grounded its fleet in early April due to the Covid-19 crisis, and is now unable to refund tickets purchased for the period since. The troubled national flag carrier’s PR department said yesterday it is unable to offer refunds at this time as the Central Bankruptcy Court accepted the airline’s request for rehab under Thailand’s bankruptcy law on Wednesday. The value of such tickets is estimated at up to 24 billion baht.

Ticketholders are considered creditors, and the airline has obligations under the law which prevent it from disbursing refunds at this time, but promises to return the money within 6 months without any fees. The pandemic has forced it to ground its flights, and unconditional refunds are just one of many remedies, which also include changing travel dates with no charge, extending tickets’ validity and exchanging tickets for travel vouchers of equal value.

The airline promises to continue to take care of customers holding valid tickets, as well as members of Royal Orchid Plus, its loyalty program. A spokesman says the airline is confident it will beat the odds and overcome the crisis that has beset the company and emerge stronger.

The carrier announced on its website that it will resume operations in July, as borders slowly begin to reopen and passengers start returning.

“However, the planned resumption in July 2020 is still under consideration. THAI is monitoring the situation and preventive measures and lockdowns in each country as well as travel demand to resume services as the Covid-19 situation improves.”

The Civil Aviation Authority of Thailand has banned all international flights into Thailand until the end of June.

Saddled with a massive 244.9 billion baht in outstanding debt, Thai Airways will be protected from foreclosures until the debt rehabilitation matter is sorted out with creditors and approved by the court, a process which could take up to 6 months.