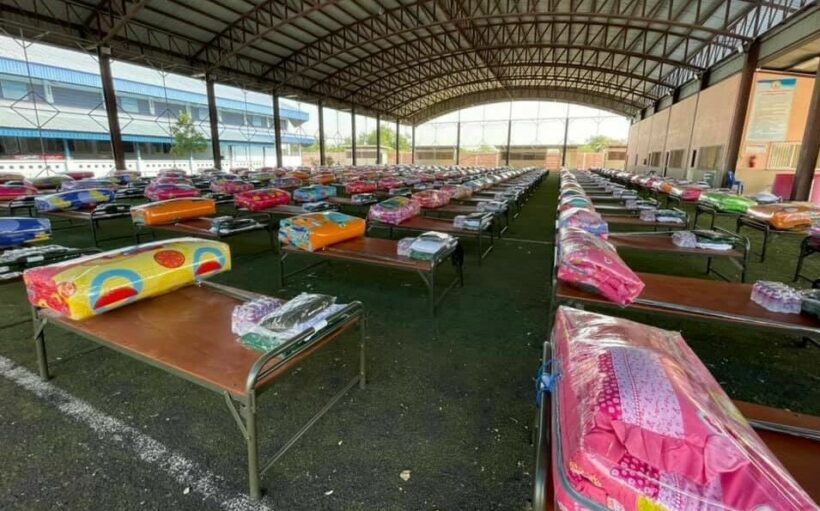 The central province of Samut Sakhon, where Thailand’s second wave of Covid-19 originated last month, is to open a fourth field hospital by Friday. Vice governor Surasak Phonyangsong says the facility consists of 2 buildings with 350 beds to treat both asymptomatic and mildly symptomatic cases. Nation Thailand reports that it is located in the Nadee area of Muang district.

According to Surasak, more than 180 migrant workers have finished their 14-day quarantine and been released from the first field hospital, which was opened in the Central Shrimp Market where the outbreak first began. A total of 472 patients in quarantine have now been discharged.

Since the resurgence was detected in mid-December, Samut Sakhon has recorded 3,341 infections. 811 have recovered but still need to wait out the quarantine period. Chief public health officer Naretrit Khatthasima says most cases of the virus were detected in people of working age. Very few exhibited serious symptoms and there has been only 1 death. He adds that according to data from the test and trace process, the infection rate is less than 2%.

In provinces still battling with outbreaks, cases are concentrated in factories and similar areas. Around 30,000 people have been traced through the operation, with 9,000 people from 109 factories having been tested. The other 20,000 will be tested over the next 2 weeks.