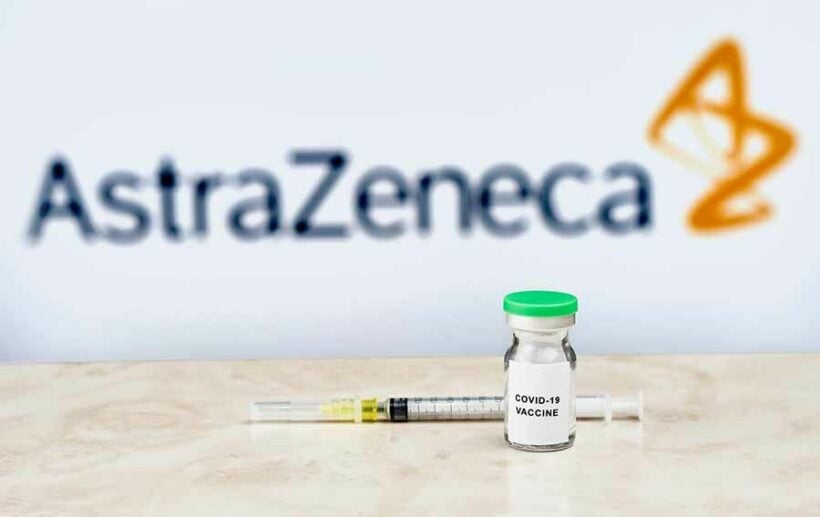 PM Prayut Chan-o-cha was initially first in line for China’s Sinovac vaccine, which just arrived in Thailand today, but Public Health Minister Anutin Charnvirakul now says the the prime minister will be getting the AstraZeneca vaccine. Apparently, 66 year old Prayut is too old to get the Chinese-made vaccine.

“It’s important that General Prayut take the first Covid-19 vaccine shot because he is the country’s leader. There will naturally be a risk-assessment process by the Disease Control Department, which is an internationally accepted standard procedure. But it’s not discrimination.”

Prayut had been expected to take the Chinese Sinovac vaccine, but it has only been tested on people in the 18 – 59 age group. The vaccine’s efficacy and safety have not been tested in those over 60. Anutin says Prayut is too old and will instead be inoculated with the AstraZeneca jab.

“Prayut will receive the vaccine with no age restrictions – AstraZeneca. The director of the National Vaccine Institute has procured them. The date has not been set yet for the shot, but the prime minister will be able to perform his duty normally after taking it.”

According to a Bangkok Post report, Anutin confirmed yesterday that 117,000 doses of the AstraZeneca vaccine will arrive in the Kingdom today, alongside an unknown number of Sinovac doses. It had been thought that only the Chinese vaccine was on its way.

Anutin says the dosage intervals for the Sinovac vaccine are 14 – 28 days and 6 weeks for AstraZeneca. It’s understood inoculation will be carried out at medical facilities, with recipients having to wait 30 minutes to ensure there are no adverse side-effects.

Siam Bioscience has signed a technology transfer agreement with AstraZeneca to produce the vaccine locally. 26 million doses are expected to be available between June and August, with a further 35 million made available between September and December.