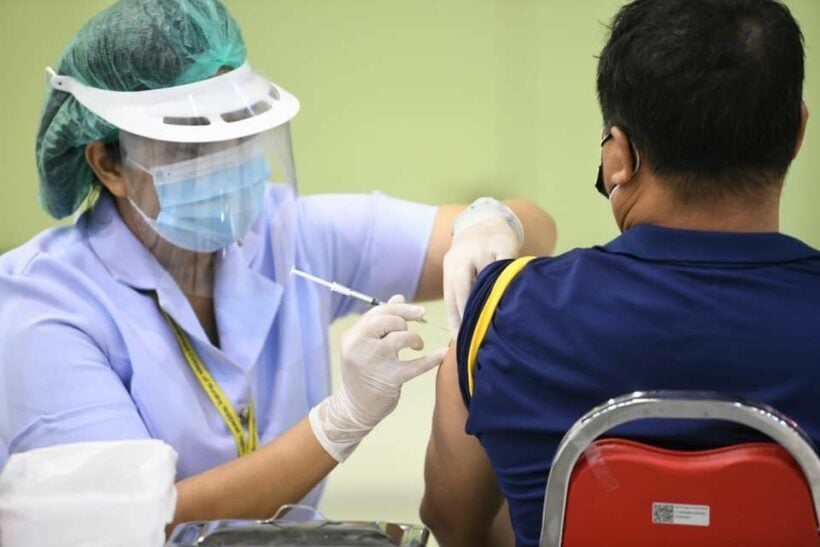 The developers of Thailand’s mRNA Covid-19 vaccine say they need the government to finance the project and relax regulations that would prevent a timely rollout. According to a Bangkok Post report, Dr Kiat Ruxrungtham who heads up the team working on the vaccine, says he’d like to see the vaccine administered before Songkran 2022.

The Chula-VAC001 is being developed by a research team at the Faculty of Medicine at Bangkok’s Chulalongkorn University and has so far showed encouraging results from the first phase of human trials. The Bangkok Post reports that half of the 72 volunteers, aged between 18 and 75, received the mRNA vaccine, with Kiat saying no serious side effects were reported.

“It is also found that the ChulaCOV-19 vaccine has a high efficacy rate in preventing Covid-19 infections – at 94%, the same as Pfizer. Primary results a week after the second dose showed that it has an 80% efficacy rate to build immunity to deter variants such as Alpha, Beta, Gamma and Delta.”

Kiat goes on to say that phase 2 human trials will begin next week, with the help of 150 participants, half of whom will get ChulaCOV-19, while the other half will be given the Pfizer vaccine.

“After the significant success of our first-phase human trial, we expect to start the second phase on 150 volunteers next week. This time, half of them will get the Pfizer vaccine, so that we can compare these 2 mRNA vaccines.”

However, Kiat says the project needs financial support from the government so that it can be properly run. He adds that restrictive rules on procurement should also be relaxed to allow for the timely administration of the vaccine. Currently, a state agency is unable to purchase vaccines that have not yet finished clinical trials. Kiat says if this regulation could be eased, it would allow the vaccine to be administered before the next Songkran holiday.

“We will have received a clear direction from the FDA by next month. If we can go for Phase 2b, Thais can get the vaccine before our Songkran festival in April. If not, the plan will be further delayed.”

AdamX
1 hour ago, Thaiger said: The developers of Thailand’s mRNA Covid-19 vaccine say they need the government to finance the project and relax regulations that would prevent a timely rollout. According to a Bangkok Post report, Dr Kiat Ruxrungtham who…
Bob20
If you want to know whether you are pregnant, you buy an existing pregnancy test. You don't develop a new test and have it available "maybe" next year when the baby has arrived already.  For the same reason you use…