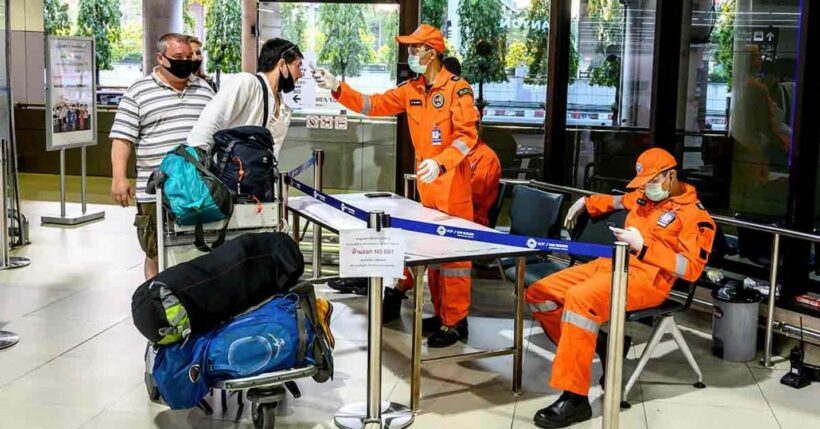 Health officials reported just 13 new Covid-19 patients nationwide today, down from yesterday’s 15 and marking the fifth consecutive day of declining new cases. The total is now 2,839 since the outbreak began in Thailand. There was 1 more death, bringing the cumulative toll to 50. 13 more cases have recovered and were sent home from hospital in the past 24 hours.

1 of the new cases was reported in the southern province of Phuket, where numbers have been dropping steadily, bringing the total to 6 since last Thursday. 3 cases were reported yesterday, 1 case was reported Tuesday and 1 on Friday. Previous to Tuesday there had been 3 consecutive days without any infections. Today’s case takes the number there to 197: a 33 year old Thai woman, a postal employee who fell sick on March 29, and went for testing on April 3. She was was not confirmed to be infected with the virus, but after 14 days of quarantine she tested again, this time positive. 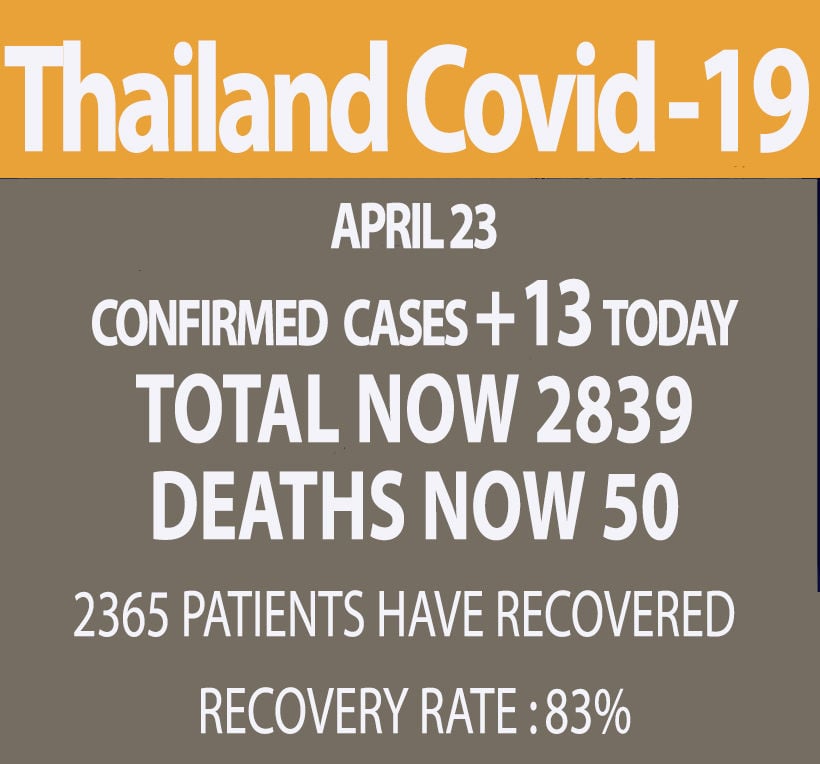 Officials warn, though, that because of limited testing, the actual number of infections is believed to be higher.