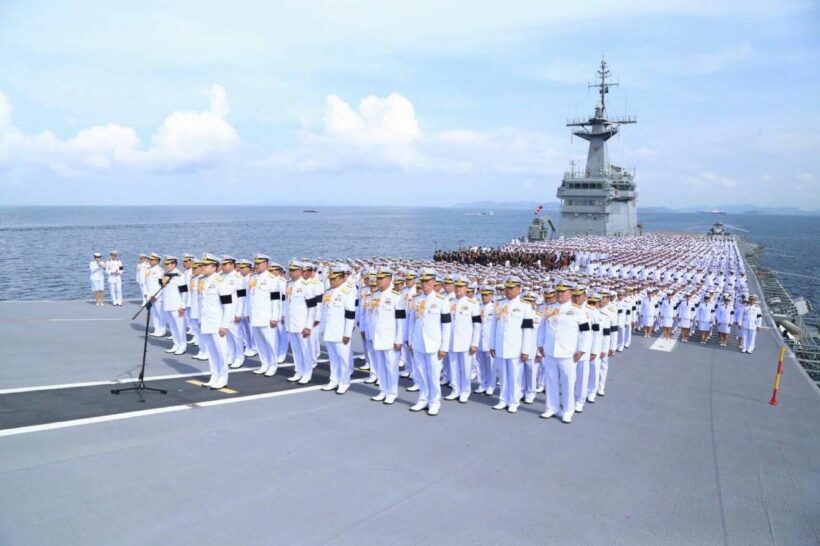 All ministries in the Thai government have been instructed to contribute 10% of their 2020 budgets to the fight against Covid-19. Last week the Royal Thai Army announced it would also delay most of its purchases of new military hardware until the  situation improves.

A spokesman says that The Royal Thai Navy has gone further and will cut 33%, or 4.1 billion baht, of its unspent budget so the money can be reallocated “to fight the virus and on rehabilitation”. The spending, which includes payments for the country’s second and third submarines from China, will be deferred to the fiscal year 2021. The first submarine was scheduled to reach Thailand in 2023.

Last month the government asked state agencies to cut their 2020 budgets by at least 10% of their outstanding amounts as of March 31 so the savings could be added to the central or contingency fund used in fighting the virus situation plus Thailand’s worst drought in 40 years.

A meeting of top brass chaired by the navy’s chief of staff agreed to the 33% cut, far more than what the government asked for.

Other projects to be sandbagged are the construction of a submarine port and the maintenance project for the subs; the anti-submarine warfare helicopter maintenance and upgrade project; the network-centric warfare system development project; the naval warfare training simulator and the secondary weapon system, among others. A project to build accommodation for 64 Navy families has also been shelved.

13 foreigners among those arrested at Pattaya pool party