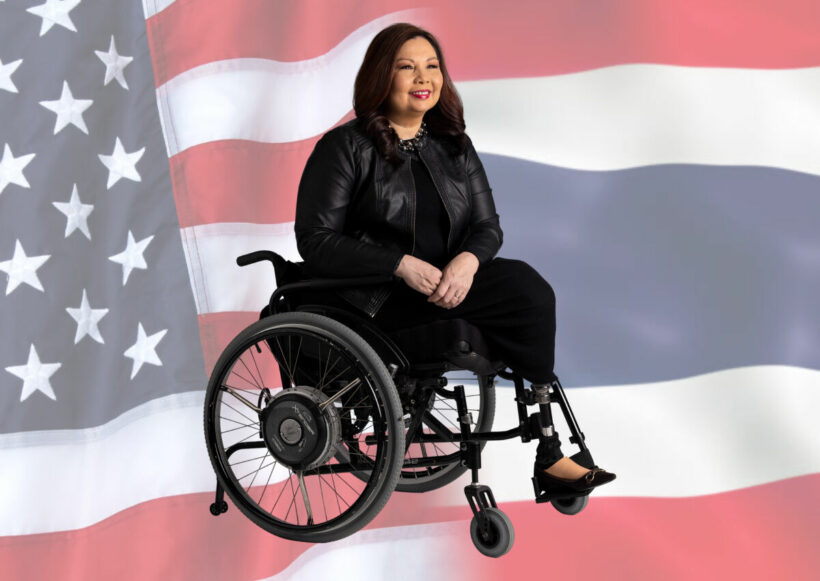 PHOTO: US Senator Tammy Duckworth says Thailand didn't respond to the 1 million Pfizer vaccines the US tried to donate. (via TammyDuckworth.com)

In a meeting with Khunying Sudarat Keyuraphan, founder of the new Thai Sang Thai Party, US Senator Tammy Duckworth stated that she is pushing for more vaccine donations from the US to Thailand, but that Thailand has yet to collect 1 million Pfizer vaccines waiting for them now.

The conversation took place in Washington DC on Wednesday. Duckworth was born in Thailand and has frequently advocated for her home country, including being instrumental in the donation of 2.5 million Pfizer vaccines agreed upon earlier this year.

At the end of July Thailand received 1.5 million Pfizer vaccines from the US with a second delivery of 1 million pending. Duckworth said she planned on advocating for more vaccines to be donated but her hands are tied as Thai officials have not responded to confirm the pending donation.

“All I can tell you is that I’ve been advocating for Thailand to get more vaccines … and Thailand has a million doses waiting to go. But because Thailand has not finished the paperwork … I know I told the ambassador a month ago that it needs to be completed. They said OK, they’re going to work on it.”

The US government has apparently been sitting on the 1 million vaccines awaiting Thailand’s response. Thailand needs to send official documents declaring their intention to accept the vaccine donation from the US, and until those papers are received the Pfizer vaccines from the United States cannot be delivered.

Bob20
39 minutes ago, GMoney2312 said: Did DHL go on strike? DHL envelopes/packages are yellow and red, not brown...
BBY
Sadly this is all you can expect when nepotism rather than ability rules the roost.
Paco
1 hour ago, Stonker said: A warning that it's misleading and misinformation, not "just information about vaccines" so in breach of Rule 5 of the Posting Guidelines. It's clearly (pun intended) impossible for any vaccine to have "more than 90 percent of…
Preston
1000000 doses with paper work but no brown envelope = not very interested.     The correct type of paper works better never mind if the vaccines don’t.
MTa449
As usual the Thai governments slow rollout and procurement of essential vaccines is obvious. They're using the " I haven't received any paperwork" excuses now ! Sounding like High school students " my parents didn't receive any letters from school…