Thailand is proposing a “travel bubble” pilot scheme featuring a proposed five areas of the country to be tested before international tourists are officially allowed to enter. The move is reportedly to focus on safely reopening by using the areas of Chiang Mai, Koh Samui, Krabi, Phuket, and Pattaya, as experimental locations, which would allow tourists to enter at a maximum of 1,000 per day, without having to fulfill a 14. day quarantine period.

A travel pact or “bubble” with 3 distinct stages, is expected to be agreed to with countries that have had similar success to Thailand in suppressing the Covid-19 virus and that have gone at least 30 days without recording any new cases. Initially, it’s understood the arrangement will include China, Japan, and Taiwan.

The Tourism Authority of Thailand says that in phase 1 of the agreement, which could begin in August, only those touring in groups would be admitted, due to it being easier to manage group activities and travel. If no new infections arise within one month of phase 1 getting underway, Thailand can move to phase 2. The second phase would see more regions of the country opened up to international tourists and a higher number of foreign visitors admitted.  Similarly, Phase 3 would roll out upon the success of Phase 2, seeing all of the Kingdom open once again to both international tour groups and individual travelers.

The proposal, which has yet to be approved by the Public Health Ministry, comes as the government has approved a stimulus package for domestic tourism to help the country’s decimated hospitality sector. Currently, only those who fall under six groups of travellers are allowed to enter Thailand, but they must apply and receive proper approval before entering. 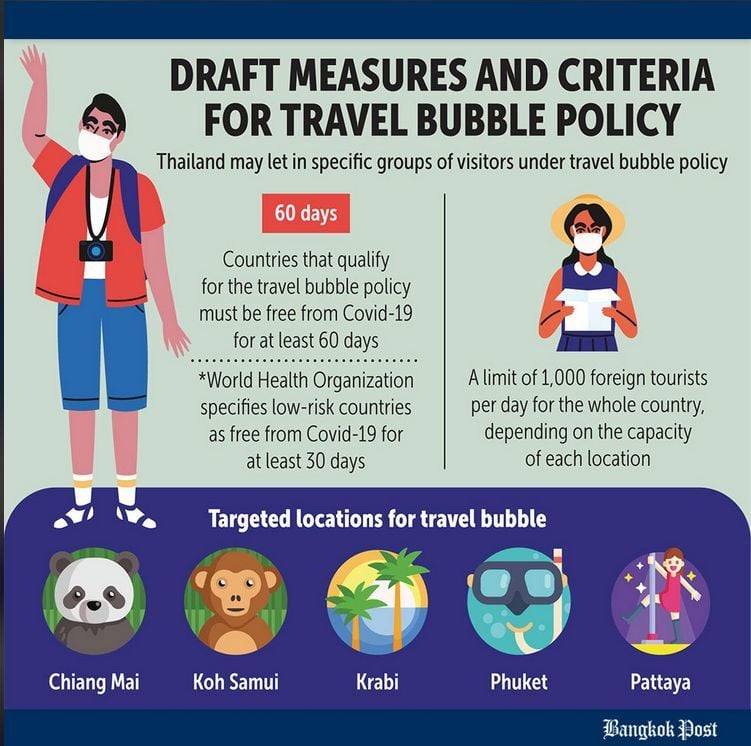 Up to 2.7 million Thai travel, hospitality and tourism workers unemployed by September