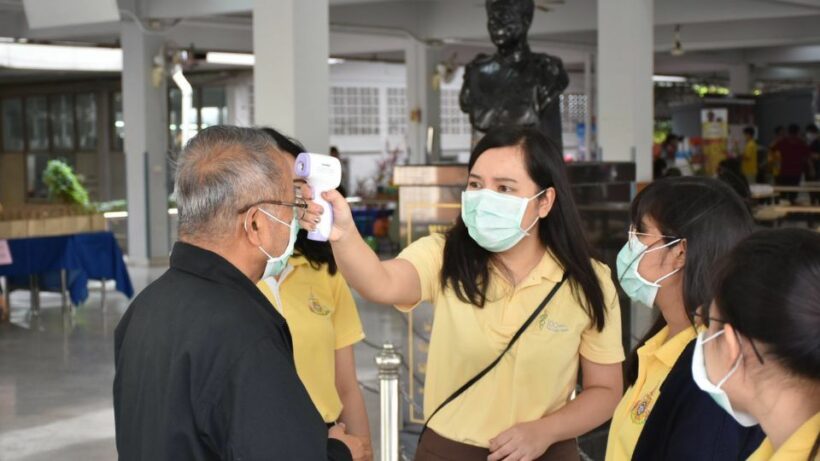 Thailand now has a total of 70 Covid-19 Coronavirus cases with the announcement yesterday of six new confirmed patients and another 11 cases announced this morning. In their daily briefings the Thai Ministry of Public Health added that 34 patients had now fully recovered. One person has died of the disease in Thailand.

And Thailand confirmed eleven more cases of the virus today at a press conference from the Ministry of Public Health and the Department of Disease Control. The ministry said the new patients were found infected in a cluster for the first time since Covid-19 hit the country.

The eleven were at a party in a single closed room sharing drinks and cigarettes with a Hong Kong national who has since returned to Hong Kong, officials stated to the press today. The party occurred around February 21. Officials are tracing and quarantining all contacts from the group.

One of the newly announced cases yesterday, a 25 year old Thai man, has already recovered and returned home after treatment at the Bamrasnaradura Institute of Infectious Diseases in Nonthaburi (just west of Bangkok).

Thailand is now ranked down to 32 in the list of countries with the most coronavirus cases.

Here’s some details of the new cases…

Here’s a list of the top 10 countries as of this morning. All the latest news on the coronavirus HERE.