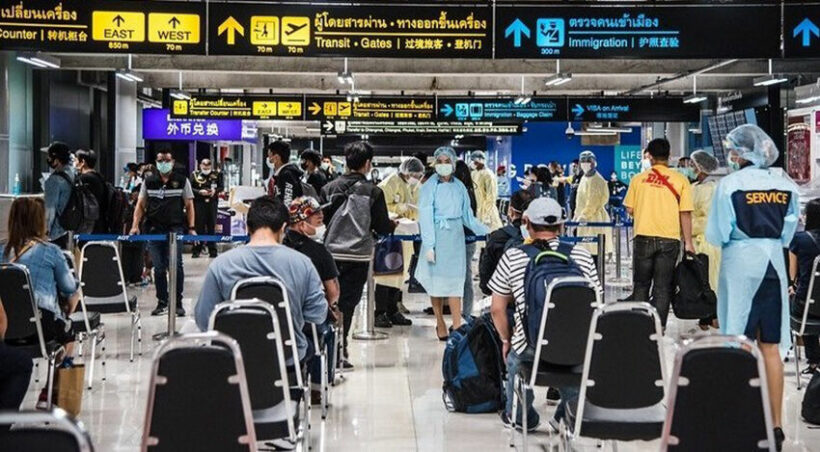 25 of 31 Thai pilgrims recently returned from a pilgrimage to Mecca have tested positive for the Omicron variant. The Bangkok Post reports that the group landed at Bangkok’s Suvarnabhumi airport from Saudi Arabia on December 15. According to the report, most of the passengers are from central Thailand, with 14 from Nonthaburi, 4 are from Pathum Thani, 4 from Ayutthaya, and 2 from Bangkok. One of the passengers was from the north-eastern province of Nakhon Ratchasima. The 25 are now in state quarantine, with all close contacts asked to report to health officials as soon as possible.

Meanwhile, Chiang Rai has reported its first case of the Omicron variant in a 36 year old British man who recently arrived in Bangkok and travelled to the northern province. According to Chiang Rai’s governor, Pasakon Bunyalak, the man had a negative PCR test prior to leaving the UK and tested negative again on arrival at Suvarnabhumi airport on December 13. He stayed at a Bangkok hotel for 2 nights, before flying to Chiang Mai and meeting up with 3 American friends.

The Bangkok Post reports that, on December 15, the man hired a car and driver to take him to the Chiang Khong district of Chiang Rai, where he checked in to a hotel. He visited a nearby restaurant before developing a fever and sore throat and going to a pharmacy to purchase an antigen test. After testing positive that night, he went to hospital for a PCR test the following morning, which confirmed he had Covid-19. After being admitted to hospital, subsequent tests showed the man was infected with the Omicron variant.

The 3 Americans, along with the driver hired by the British man, are now considered high-risk contracts, despite their initial tests coming back negative.

Guest1
And they still wanna allow all with a thailand pass for "test and go", to test and go? No minimum 7 days ASQ, from now on? That will be the point of no return, methinks! Aside: what is with all…

AlexPTY
Dirty, dirty Thai people ..
HiuMak
4 hours ago, Bike said: Now who is the dirty one, foreogner or national. And do they go in quarantine? It does not matter, as long as one brings in covid (omicron in particular) to Thailand, one is considered dirty.
Bifrost
What a surprise ! these people dont care - same here in europe all those from middle east are those who refuse vaccinations but no one dare to tell the thruth , great politicans - I am wondering what Mr.Anutin…
Bifrost
2 hours ago, JustaGuy said: Its probably raging in the middle east. You dont hear anything in the mainstream media about it tho. lets us hope that - and in Russia also - maybe we can have peace then

OPINION: Test and Go, up and gone, where to from here Thailand?