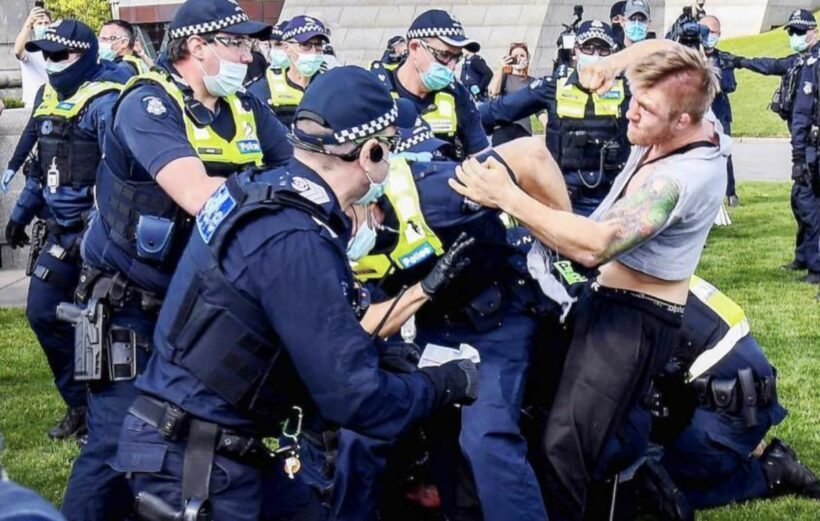 UPDATE: The city’s lockdown provisions have been extended another 2 weeks.

Australian police have arrested protesters in Melbourne as 100s of people joined protests against the various state Covid-19 restrictions. The protests have been particularly large and vocal in the souther city of Melbourne which has been under draconian lockdown provisions for 5 weeks. Some anti-Covid-19 restriction groups also shifted to online events ahead of the Victorian State Government’s “roadmap” announcement today.

But 100s of protesters have gathered at the city’s Shrine of Remembrance, just 1 kilometre away from the city centre, yesterday morning. The demonstrators ignored official warnings on the gathering and called for an end to the city’s lockdown and restrictions.

When the 300 protesters walked from the shrine to Albert Park Lake, about 500 metres away, police made further arrests and tried to disperse the crowd. Many of the protesters were not wearing masks.

Victorian Police reported that they arrested 17 protesters, including 1 who was arrested over the assault of a police officer. 160 infringement notices were issued for breaches of the states’ “stay-at-home” provisions.

Demonstrators told the media they were protesting the state government’s response to Covid-19 with restrictions and lockdowns. They labelled the pandemic a ‘scam’ and noted that it had only killed a million people worldwide (actually the official death toll is 883,000 as of this morning)

“We are in a city where the cure from Daniel Andrews (the Premier of Victoria) is actually worse than what’s happening.” Other protesters chanted “freedom”, others screamed insults at the media for sensationalising the issue.

Australia has recorded over 26,200 cases and 748 deaths in a population of 25 million. Victoria had a 2nd wave of cases nearly 2 months ago causing the government to enter another 6 weeks of stay-at-home lockdowns and community restrictions.

State premier Daniel Andrews had earlier warned people to stay home saying that the gathering “could jeopardise a path out of lockdown”. The state government is announcing its way forward on lockdowns today. Predictions are that the provisions may be extended for a few more weeks in the southern state. 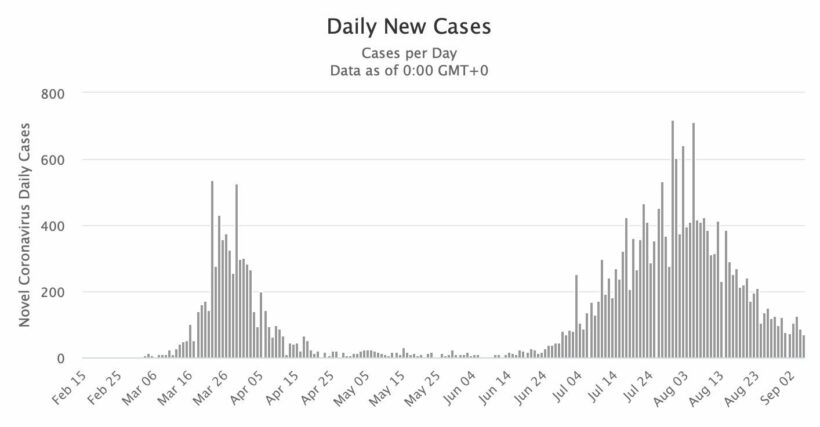