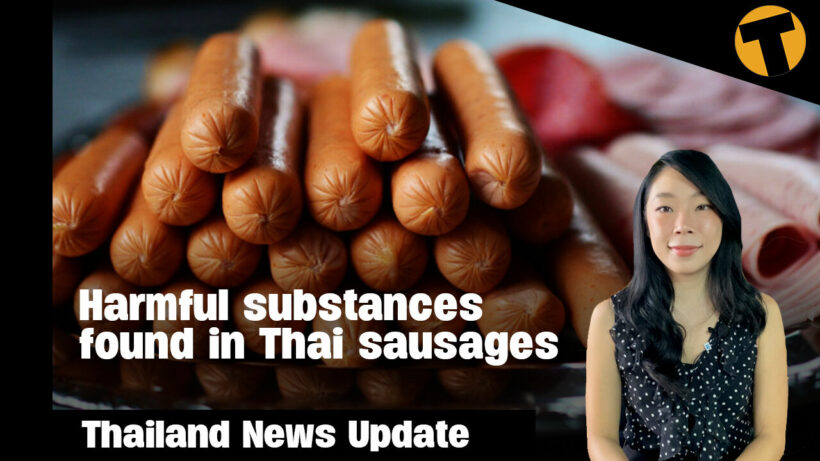 Four new Covid-19 infections in Thailand appear to be the new mutated Omicron BA 2.2 subvariant that was first detected in Hong Kong….. this from the Department of Medical Sciences. But Thai authorities insist the public shouldn’t worry about the spread of the new subvariant as there has been no confirmation of any severe symptoms from the Global Initiative on Sharing Avian Influenza Data. GISAID are yet to confirmed BA 2.2 as a new subvariant, although Hong Kong health officials have claimed it is behind the territory’s surge of new infections and deaths. The patients who appear to be infected with the new strain are a foreigner and three Thai citizens. The Director of the Department of Medical Sciences says the details were still under investigation and analysis, but reported that the 4 people have not reported any severe symptoms. The Deputy Director of the Department also told the media that the new infections and high death rate in Hong Kong were rising, but that information wasn’t enough to conclude if it is due to the spread of BA 2.2.

The bus driver in the fatal accident where eight passengers died was reportedly high on methamphetamine. Dashcam footage from a nearby vehicle shows the double-decker bus crashing into a concrete supporting pillar of an overhead bridge, ripping the right side of the bus. More than 20 people were injured.Drug tests for one of the two drivers came back positive for methamphetamine. Reports in Thai media claim the 30 year old driver confessed to using the illicit drug while driving. The driver told police he was driving at 89 kilometres per hour in the neighbouring province of Saraburi when he drifted off, when the bus ran into the pillar on Mittraphap Road.The driver has already been charged with reckless driving causing death and using a category 1 drug while operating a vehicle. He remains in custody for further prosecution and will appear in court today.

Following reports of various children developing a blood disorder after eating sausages, the Thai FDA found that a sample of sausages sold in Thailand contained harmful amounts of nitrite and benzoic acid. More than 20 manufacturers are now facing fines and penalties for using harmful amounts of the substances in sausages. The investigation into sausage ingredients was prompted by the FDA after the Poison Centre of Ramathibodi Hospital found that 14 children across Thailand suffered from methemoglobinemia, a potentially fatal blood disorder, after eating sausages. The children ate the troublesome sausages in Chiang Mai, Phetchaburi, Saraburi, Trang, Phayao, Songkhla, Nakhon Si Thammarat, and Kanchanaburi. The FDA took samples from 102 brands, and discovered, out of 44 samples tested so far, 22 were substandard. The FDA deputy secretary-general says the producers of the substandard sausages are now facing legal action.He said that the manufacturers who used harmful levels of nitrite face up to two years in jail and a fine of up to 20,000 baht. The only advice he gave was to avoid buying cheap sausages.

Two food delivery drivers have been arrested in Bangkok for allegedly transporting ketamine and methamphetamine to customers. The suspects allegedly confessed to trafficking the drugs for the past two years. Before the arrest, officers from the Children and Woman Protection Sub-Division arrested nine people, all under the influence of benzodiazepines.Officers seized over 420 pills and found out that they’d brought drugs from food delivery riders. The 20 and 21 year old drivers told police that they received around 50,000 baht per month for their ‘special’ delivery services.At their houses, the officers seized three kilograms of methamphetamine, 34,000 amphetamine pills, 300 ecstasy pills, 1.197 kilograms of ketamine, two bank accounts, three mobile phones, and two Yamaha motorbikes.

With Thailand entering the hot season, macaque monkeys in the country’s “Monkey City,” of Lop Buri now have a swimming pool to cool them off – and to quell the turf wars between the gangs of macaques around the city. As temperatures rise, so do the monkey tempers, and authorities claim that the hot weather has possibly played a part in the massive clashes between groups of hundreds of monkeys. There have been a few so-called “monkey wars” in Lop Buri over the past two years where hundreds of monkeys swarmed the streets in a massive fight. In Lop Buri, there are two main groups of monkeys – the monkeys that occupy the temple ruins in the city centre and the monkeys that occupy the streets. So, the provincial authorities built a new water pond and a robe ladder for the monkeys to enjoy their summer. The water ponds and tanks were spread around the area like in the market and front of the province’s landmark Phra Prang Sam Yot, temple ruins that the monkeys occupy.

Police are examining “fresh evidence” from a CCTV camera that recorded footage of the speedboat TV actress Nida “Tangmo” Patcharaveerapong fell from, before drowning in the Chao Phraya River last month. The video taken from a riverside building reportedly shows a person at the stern of the speedboat standing up and sitting down, as the boats moves along the river, before Tango fell overboard and drowned. Commenting on the footage, the commissioner of Provincial Police Region 1 said…. “This evidence is useful as it will help investigators get more clarity on this case.”Police say they are now consulting with film experts to help them improve the video’s clarity, in conjunction with inspecting the boat’s GPS coordinates. Tangmo’s body was originally scheduled to be cremated yesterday, but on Saturday her mother called on investigators to transfer the body to a medical institute for re-examination.As we’ve said many times before, the investigation continues.

The end to floods in Bangkok? | GMT