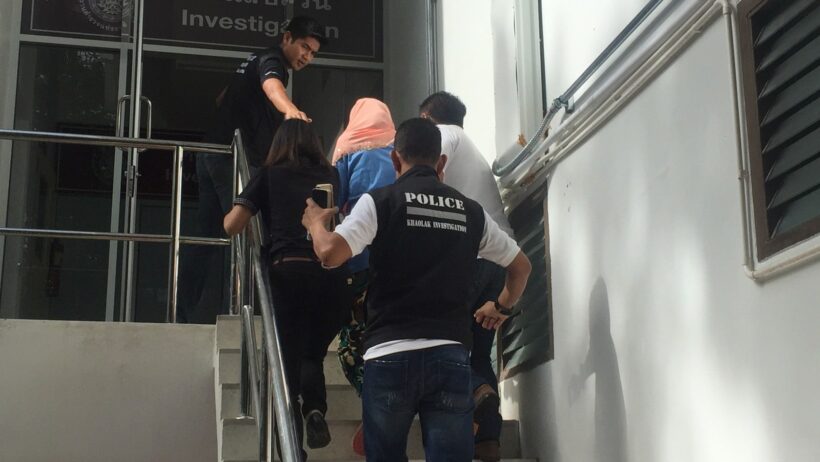 Following on the investigation of the Phang Nga gang rape case yesterday (September 20), the victim, facing the suspects for the first time since the incident (story HERE), pointed out the same 9 men twice but all of them declined to sign a document accepting the identification.

The police brought 9 suspects (out of 11 suspects) of the gang rape case from Baan Ko Raed to the investigation room alongside another 30 random men. Police divided them into groups of 5 men into the room for identification and the victim pointed out the 9 suspects, the same 9 for both two rounds.

The 9 men, however, declined to sign the identification document and asked to file a report about why they chose to reject it.

“The police had a plan to send only people they provided. We learned that the people that went inside with the suspects did not dress the same as the suspects and do not have the similar age. Police also announced the names of their people while the names of the suspects were not mentioned in the announcement, which made the girl point out the same men for the two rounds,” said the lawyer of five suspects out of 11, Sanpetch Thipmontien.

“We have provided people at the closest age with similar appearance to blend in with the suspects. More evidence will be gathered and we will draft the case, with all our evidence up to this stage, to file with the Court,” said the police commander.

Buddhism Office ex-chief found with gold bars, lots of them.