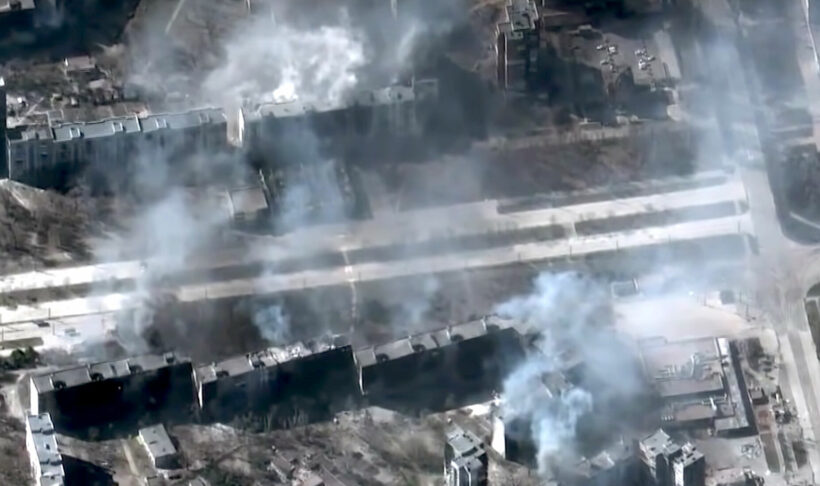 As Russia’s war against Ukraine marks one month today, here’s the latest headlines…

• The Ukrainian Navy claims they have destroyed a large Russian ship in the Russian-occupied port of Berdyansk in southeastern Ukraine. Social media videos show a large fire with secondary explosions in the port. Berdyansk is roughly 70 kilometres southwest of Mariupol on the Azov Sea. The city has a population of about 100,000 and a small naval base. Russian military troops first occupied Berdyansk government buildings on Feb. 27, according to CNN. 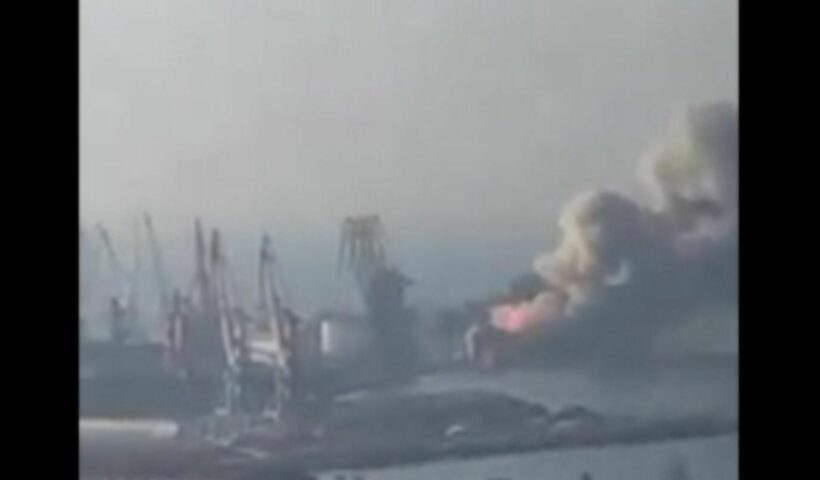 PHOTO: A fire breaks out at Berdyansk Port after Ukrainian forces destroyed a Russian ship on March 24. Credit: Ukrainian Navy of the Armed Forces | Facebook

• A US official says Ukrainian forces have been fighting to take back lost territory. Ukraine’s forces say they have already regained control of Makariv, a town west of the capital. Meanwhile, a counterattack to the north and west of Kyiv has made progress.

• Elsewhere, Kyiv’s mayor says that nearly all of Irpin is back in Ukrainian hands. The city has likewise seen intense fighting in recent weeks.

• In the south, satellite images show more fires and destruction across the port city of Mariupol, where the war is unrelenting. The city has been besieged for weeks by the encircling Russian military.

• G7, Nato and European Union summits are being held today in Brussels. Nato leaders are expected to approve major increases in its forces in Eastern Europe at an emergency summit, according to Nato’s secretary general Jens Stoltenberg. He four new battlegroups will be sent to Slovakia, Hungary, Bulgaria and Romania.

• On the eve of the summit, German Chancellor Olaf Sholz also reinforced the bloc’s position of not imposing the requested no-fly zone over Ukraine, saying…

“NATO absolutely will not become a party of this war.”

• Ahead of the summits, Ukraine President Volodymr Zelensky has warned Western leaders meeting in Brussels that Russia is exerting its economic might to stop Ukraine’s allies from intervening in the war. Zelensky will address the Nato summit via video-link, and is expected to call for more advanced weaponry, including plane and anti-aircraft systems. In his nightly video address on Facebook, the Ukrainian president addressed Western allies, saying…

• UK PM Boris Johnson will pledge on Thursday to give Ukraine 6,000 missiles. The announcement came after speaking to Ukrainian President Volodymyr Zelensky on Wednesday. Sweden had earlier announced that it would provision Ukraine with 5,000 anti-tank missiles.

• Putin has told ministers that Russian gas sales to “unfriendly” nations will be conducted in roubles, unsettling energy markets as Western sanctions kick in and the rouble tanks. Around 40% of Europe is powered by Russian gas. European leaders have been seeking alternate sources of energy as they lob sanctions on Moscow.

• Meanwhile, Russian forces continue to bombard and blockade the southern port of Mariupol, where some 100,000 people are said to be trapped. Residents have reportedly run out of water and food and an estimated 90% of the city’s buildings have been damaged or destroyed. Russian bombing continues in Ukrainian cities, including Kyiv, Chernihiv and Kharkiv.

• Oksana Baulina, a Russian opposition activist and journalist, has been killed by Russian fire in Kyiv. Independent Russian news outlet The Insider said Baulina was killed on Wednesday when she was documenting the damage caused by Russian shelling of the Podil district in the capital and came under a new strike. A civilian was also killed and two people who were with Baulina were wounded and hospitalized. Baulina previously worked for Russian opposition leader Alexei Navalny’s Anti-Corruption Foundation, until she was forced to flee her country after authorities designated the organization as “extremist.” The news company said it will continue its coverage of the war in Ukraine…

“…including such Russian war crimes as indiscriminate shelling of residential areas killing civilians and journalists.”