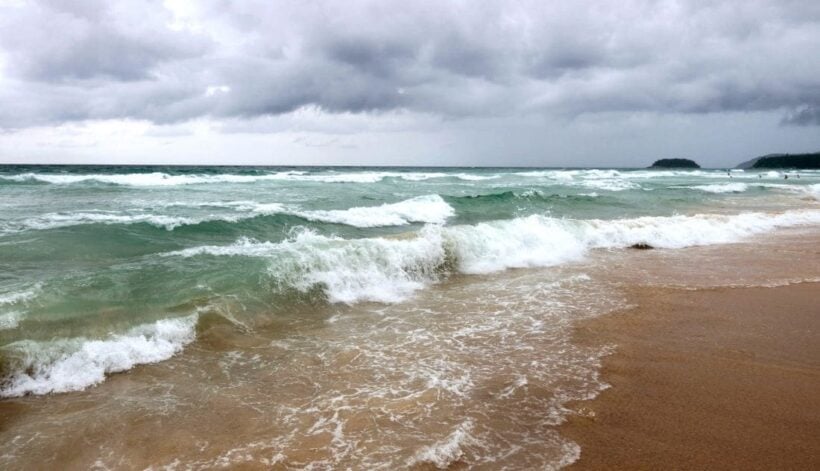 “The embassy reminds Chinese tourists to follow the rules while in Thailand and to stay out of the water when authorities put red flags on beaches, indicating the marine situation is dangerous.”

The Chinese Embassy in Bangkok is telling travellers to take particular care in Thailand’s southern resort provinces of Phuket, Phang-Nga and Krabi.

“The weather can still be changeable, sea winds strong and the water conditions complex.”

About 7 million Chinese will travel during Golden Week, up from more than 6 million during the same period last year, according to Chinese travel website Ctrip.

For the first time, according to Ctrip, bookings show that Japan is surpassing Thailand in popularity as a destination for the October holiday. More than 5.9 million Chinese visited Thailand in the first half of the year, according to figures from travel company Ctrip.

The SCMP reports that Thailand has been in the top three overseas destinations for China’s outbound tourists for a long time, behind Hong Kong and Macau.

But Chinese tourists’ love of Thailand has been rocked by the Phuket boat tragedy, but airports are working hard to win them back. In August several international entry airports opened dedicated lanes for Chinese tourists in five airports across the country, staffing each one with Mandarin-speaking officials.

But there’s no doubt that the growth of mainland Chinese tourism to Thailand has been undermined following the deaths of 47 Chinese tourists when their tour boat, the ‘Phoenix’, sank after it was hit by unseasonably high waves in early July.

According to another China travel agency, Lvmama.com, which did not provide more details, many mainlanders had adopted a ‘wait-and-see’ attitude about travelling to Thailand following that, and other, incidents.

The warning notice from the Chinese embassy reminds travellers that waves can reach more than two metres during monsoon season, from May to October, and that swimming and sea trips are not appropriate.