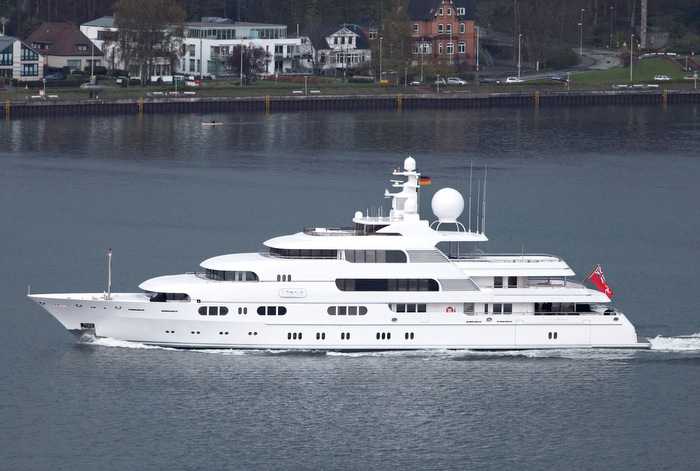 PHUKET: The impressive 72m luxury cruiser MY Titania has announced it will be joining the 14th Asia Superyacht Rendezvous, which begins tomorrow off Phuket’s Kata Beach.

Launched in 2006 by Lürssen Yachts, the Titania will join other greats at the three-day event, including MY Moonsand, which was fully completed in 2004 and was the flagship of the Royal New Zealand squadron during the America’s Cup.

MY Northern Sun will act as the start boat for the race events during the Rendezvous. Joining the action during the three days will be the 55m MY Samax, which was launched in 1996 by Royal Dutch Shipbuilders Feadship, the principal sponsors for the Rendezvous since the event’s inception 14 years ago.

As previously reported, sure to catch the eyes of spectators at Kata Rocks, host sponsor for the event, are the classic lines of the sailing yachts Sunshine, Silolona and Si Datu Bua – as well as the sharp, sleek shape of the newly launched SY Escapade, out of Fitzroy Yachts in New Zealand, competing in her first race meet.

Hauling a gross tonnage of 191 tonnes, the 37.5m all-aluminum, fast-cruising sloop Escapade is the first yacht of her size to feature solid carbon aerofoil rigging, meaning continuous rigging and reduced wind resistance, and features a fixed keel and draws a four-meter draft – all intended to deliver top performance in regattas (story here).

In all, the Rendezvous promises to offer quite a view.

Each year, from December 16 to 18, the shores of Phuket welcome superyachts, their owners, captains and VIP guests to the Asia Superyacht Rendezvous – an exclusive gathering of sail and motor boats of over 100 feet in length.

Last year’s event welcomed 11 Superyachts to Phuket. Six beautiful sailing yachts were in attendance along with five glorious motor yachts. Highlights of the social program included a welcome cocktail party on board a 50-plus meter sailing yacht, a model boat building contest, a treasure hunt and a gala dinner on the final evening to draw the event to a close.

Guests of the Asia Superyacht Rendezvous enjoy the best of Thai hospitality at the five-star setting at Kata Rocks. Phuket is continuously playing host to more and more yachts each year. The region as a whole is seeing a massive growth in the number of superyachts and more are calling Asia home.

Feadship Royal Dutch Shipyards, the principal sponsor of the Asia Superyacht Rendezvous and International Media Sponsor, Boat International Media, who provides global coverage, have been supporting the event for its full 14 years and they have both pledged their continued support for 2014 and beyond. From December 16 to 18, all eyes are on Kata Bay for what promises to be another exceptional Rendezvous.

The Phuket Gazette and PGTV’s ‘Phuket Today‘ show, the island’s only nationally broadcast television program (aired daily on True Visions channels HD-79 and SD-107), are proud to sponsor this event.

Excuse Busters: How cheating can be good