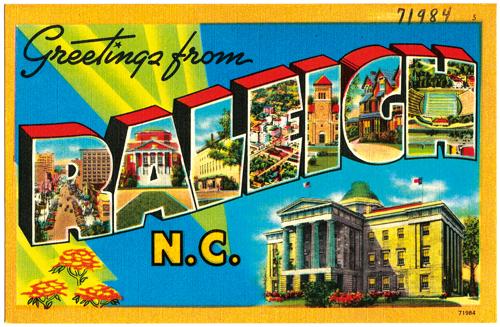 PHUKET: David Sedaris is a classic example of the American Dream. In 1992, he was a 36-year-old failure. College dropout, dabbler in crystal meth, lonely homosexual, drifting through lowly odd jobs in Chicago, New York and his native Raleigh, North Carolina. Sedaris was reading excerpts from his diary in a Chicago club when he was discovered by a radio host who later got him his debut on National Public Radio.

He has since become ensconced on the Shouts and Murmurs humor page of The New Yorker and has published eight volumes of memoirs; wry, fey, whimsical, self-deprecating and largely about his childhood among his large Greek family in Raleigh. The books have sold in the millions affording him homes in rural France and England with his longtime partner Hugh Hamrick. His globe-trotting book tours are legend.

Childhood memories would seem to be an inexhaustible source, Garrison Keillor and Jean Shepherd have mined the same field, but Sedaris’ eighth book, Let’s Explore Diabetes with Owls (Little Brown and Company, New York, 275pp, 2013) shows that he is running thin on material. Too many stories, built on flimsy foundations, fall flat. But there are a handful of classics.

In Memory Laps, he recalls his father’s lavish praise for a competitor at his teenage swim meets. When Sedaris finally beats him in a butter-fly race, his father feigns indifference, leading him to observe: “My dad was like the Marine Corps, only instead of tearing you to pieces and then putting you back together, he just did the first part and called it a day. Now it seems cruel, abusive even, but this all happened before the invention of self-esteem, which, frankly, I think is a little overrated.”

In A Guy Walks into a Bar Car, he recounts an interminable train trip from New York to Chicago which he passes with fellow drunks “marinating like cheap kebabs” in the bar car. “At first their voices might strike you a jolly: the warms tones of strangers becoming friends,” he writes. “Then the drinkers would get sloppy and repetitive, settling, finally, on that cross-eyed mush that passes for alcoholic sincerity.”

He loves the cleanliness of Japan and is appalled by the omnipresent filth of China. “I saw wads of phlegm glistening like freshly shucked oysters on staircases and escalators. I saw them frozen into slicks on the sidewalk and oozing down the sides of walls.” And don’t get him started on the toilets.

In Loggerheads, his father takes a deeply reluctant Sedaris to a football game. Which team is he supposed to root for? How do you know if they score a point? “The thing about sports, at least for guys, is that nobody ever defines the rules, not even in gym class. Asking what a penalty means is like asking who Jesus was.”

Laugh, Kookaburra is the title of a song which the eleven-year-old future author sings lustily with his sister, the future actress Amy Sedaris, after he sneaks into her bed. Three times they wake their father who finally enters with a fraternity paddle which “looked like a beaver’s tail made of wood” and is inscribed with signatures of fraternity brothers “with old-fashioned nicknames like Lefty and Slivers – names, to me, as synonymous with misfortune as Smith and Wesson”.

On a trip to buy a stuffed owl an English taxidermist shows Sedaris his crown jewels: a severed seaman’s arm, the mummified head of a Peruvian Indian girl, and the skeleton of a Pygmy, shot for sport by the English in 19th century Congo, prompting Sedaris to reflect: “It would have been disturbing to see the skeleton of a slain Pygmy in a museum, but finding him in a shop, for sale, raised certain questions, uncomfortable ones like how much is he?”

Balancing these comic gems is a lot of trifling filler: visits to a dentist and a proctologist, spoiled children, elderly forgetfulness, Indian tele-salesmen, Jesus freaks, Lonely Planet phrasebooks, gold-diggers, homophobic protesters, airport woes, British English, and Obamacare. These make up maybe 60 per cent of the book.

Which isn’t bad – to use a baseball analogy, David Sedaris is still batting .400.

Not that he would know what that means.

Sedaris’ eighth book, Let’s Explore Diabetes with Owls has been chosen by Amazon editors as one of the best books of 2013… so far. It is is available in an audible form priced at US$19.95 by clicking here, or by order through all good bookshops in Phuket.