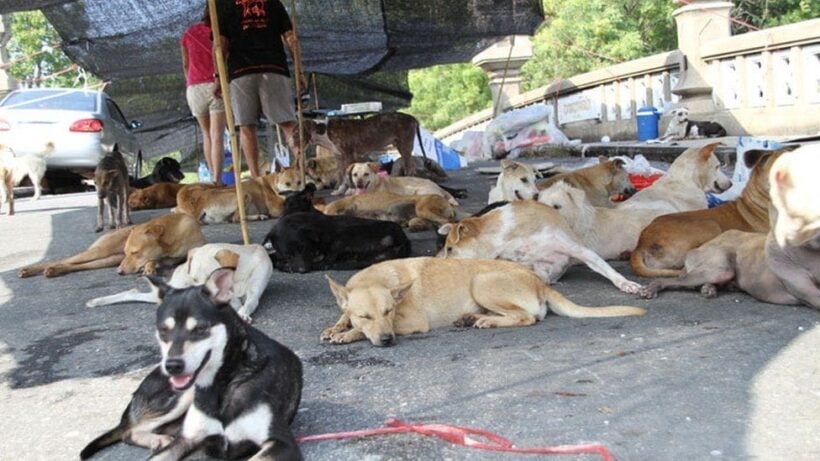 Phuket’s Soi Dog Foundation has sent The Thaiger a response to an article published on October 16. The story was sourced from our Bangkok partners ‘The Nation’ and, according to Soi Dog, contains some glaring inaccuracies. You can read the original article HERE.

We reprint the response from the Soi Dog Foundation below…

We at the Soi Dog Foundation carried out a census of free roaming dogs in Greater Bangkok two years ago and came up with a figure of 640,000, so a realistic number for dogs nationwide is somewhere around 8.4 million, not – as your story states – 820,000.

Another figure given in your story is that 40 per cent of stray dogs in Thailand could carry the rabies virus. If this were true, there would be hundreds of human deaths a year, if not thousands, and the carcasses of dead dogs would be scattered all over the place.

A story published by The Nation on September 28 (“Expert says rabies still not under control and official statistics may be misleading”) gave a DLD figure of 15.3 per cent for the first nine months of this year.

But even that is highly suspect. It was based on a very small sample – just 8,472 dogs. And those were 8,472 dogs that had been caught by the DLD, and their brains examined post mortem for the virus because they were believed to be rabid.

Plainly, to base a percentage infection rate on a sample made up entirely of dogs that are already suspected to have rabies is utterly misleading. It would be like saying, “We checked a bunch of people thought to have diabetes and found that 15 per cent of them did indeed have diabetes.”

The real figure must be much lower. We believe it is between 1 and 4 per cent.

At the root of all the problems being discussed is, in fact, Thailand’s ineffective garbage disposal problem system, which allows a high number of dogs to survive and even get fat by scavenging from trash bins.

Trying to remove 8 million-plus dogs to “shelters” is futile, and carrying out culls (which would probably be illegal under the Cruelty Prevention and Welfare of Animals Act of 2014) would be equally ineffective. Here’s why:

As we have seen in Phuket, large scale sterilisation, coupled with vaccination, works, not only in reducing numbers but also in eliminating rabies. It does require large scale investment, though far less than sheltering would, and spread over several years.

As to the issue of compulsory licensing of pets, whether there is a fee or not, we believe this is not a viable solution. It has been tried by other countries and then abandoned because the majority of dog owners – numbering in millions – simply decided not to comply.

Does Thailand have the resources to find, arrest and bring to court millions of dog owners, in order to extract small fines from them, always assuming that the authorities can prove in the first place that the dogs actually have “owners”?

We doubt very much that the government will find this is an effective measure for controlling Thailand’s population of strays, reducing abandonments or reducing the spread of disease. Indeed, it is likely to have the opposite effect.