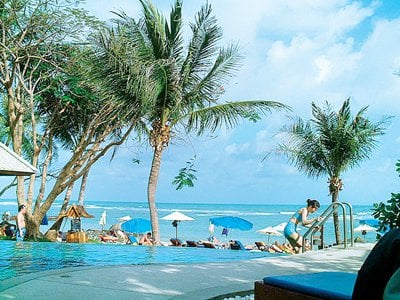 PHUKET: Samui and Phuket continue to be described as the Yin and Yang of resort island destinations. Characteristics that they both share are that both are islands in Thailand that champion tourism as the overall economic prosperity jackpot. But beyond the obvious, many questions remain about how much they differ.

After recently completing a mid-year hotel market update for Samui, I find myself asking: What’s the real story on that other island?

Viewing the rest of the year, an influx of global hotel chains onto the scene is undoubtedly the headline. Seemingly under a slogan of “Bring it on!”, names such as InterContinental, Conrad, Le Meridien, Accor and Moevenpick will all be selling – or at least renting – beds by the end of 2011.

Luxury also has a good foothold on the island as evidenced by many of the resorts bearing desirous monikers such as Four Seasons, Banyan Tree, Starwood’s chic and trendy W and Orient-Express. Other well-known brands targeting broader market properties include affiliations to Renaissance, Centara, Six Senses, Ibis, and Outrigger.

Stepping into the hallowed halls of Destination Branding 101, we find scribbled on the chalkboard a single sentence along with a familiar quizzical ending: Will more brands induce more tourists to visit Samui?

Are we at the beginning of a new and more refined milestone in the industry’s cyclical pathway? Or is this just “brandspeak” hype?

In many consumer models, brands without a doubt act as a catalyst to generate demand. Look at upscale shopping malls that rely on well known leading brands to provide an anchor attraction.

Consumerism at times is a predictable venture, though of course shoppers can be as fickle as schizophrenics. Shopfronts key into brand awareness and resort destinations are no different.

Taking a step back from my love of the Phuket numbers based growth model, and getting my boots back on the ground, I personally think that much of the new Samui hotel product is more scalable, offering new designs and products. This prompts the prediction that more Yin and Yang competition will be seen in the future.

However, the largest obstacle in Samui’s path to growth remains airlift. It’s quite hard to cast aspersions on Bangkok Airways, which operates the private airport and has a commercial stranglehold on transport to and from Samui.

Years ago, when the island was accessible only by sea, the company put up their own money, took on risk and at times suffered in pioneering the destination. I recall media mogul Rupert Murdoch saying something along the lines of “a monopoly is a terrible thing, until you have one.”

At the heart of the issue is the government’s neutral stance toward developing a second, larger public airport to handle wide-body aircraft. As the private sector continues to ramp up new hotel and property projects without any zoning or intervention by means of a long-term sustainable tourism plan, the end result is what might best be described as “It’s complicated.”

Some people remain of the opinion that Samui should stay small and exclusive, and this indeed has merit. But what this scenario does not consider is the fundamental disconnect that has allowed, and is continuing to allow, new hotels to go into the pipeline.

More development on the outlying islands of Koh Pha-ngan and Koh Tao is also displacing airlift. Perhaps the most visible example of this is the increasingly popular Full Moon parties. A variety of travelers fly in from domestic and international destinations and simply travel onward to the event.

As in Phuket, the Samui airport gateway is providing a “Greater Samui” horizon that requires more airplane seats to quell the savage beast of tourism.

Lopping it all into two words for the moment, Samui’s story is about brands and airlift. These in reality are not Yin and Yang at all, but more aptly “star-crossed lovers”.

As for my own rant, Thailand’s government simply cannot stay glued to their seats on the airport issue and needs to create a forward looking strategy now.