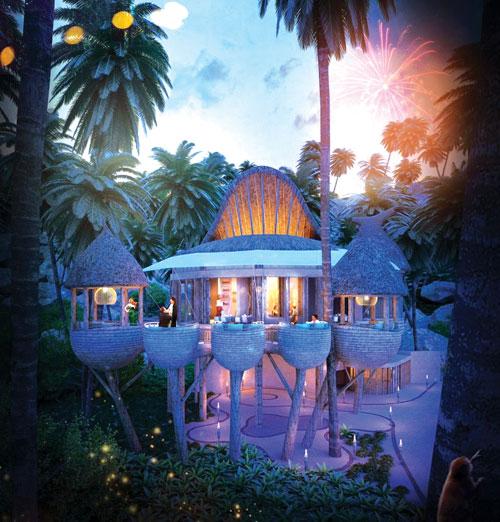 PHUKET: A new globally focused hotel chain, Bugatti, is using Phuket as a platform for widespread expansion. While here in Phuket development is already underway on the east coast of the island, and on nearby Phi Phi Island, overseas plans call for branded properties in Bali, Myanmar and the Bahamas.

By no means is this the first time the island has been used as a breeding ground for luxury hotel and branded real estate offerings. Back in the late 1980s, Adrian Zecha opened his first Aman resort here, with KP Ho and the Banyan Tree Group following in the 1990s.

Others such as Allan Zeman with the Andara brand have defined the marriage of upscale hotels and property offerings in the Phuket style. Hawaiian chain Outrigger Hotels and Resorts house their Asian regional corporate office in Cherng Talay, overseeing not only a hotel portfolio that covers the region but Australia, and even the Indian Ocean with their latest expansion in Mauritius.

Bugatti Hotels and Resorts is being led by hospitality veterans Michael H Wetzlar and Steve Renard. Bugatti will manage properties developed by real estate investor Johan Hansen, who is an established European property mogul with a stake in both enterprises. The new chain will also overlook third party management agreements.

Back locally on the red-hot island destination of Ko Phi Phi, a Bugatti Retreat is under construction featuring 99 suites, which have been up-sized, starting at 144 square meters. There are also 42 residences. Units are on a hotel-managed program, and sales prices for studios start at just under 9 million baht. There are also premium penthouse units at 41 million baht.

The Retreat is set to open early in 2016 though a beach club, with food and beverage facilities expected to be completed in the first quarter of next year. A pier is also being developed for the property.

Using the adage “You can’t stay there unless you can get there”, Bugatti have understood the importance of access and have linked up with an affiliated transport company called Dolphin Seaways. The company has already acquired two hydrofoils, which will service both the resort and the Phi Phi public pier from Phuket’s Ao Makham deep-sea port. A commencement date will be announced soon.

A second project, the Silver Beach in Laem Hin will again feature a mixed-use concept. In addition to a Bugatti Retreat with 15 suites and 12 villas, the project will also have a residential overlay with 63 condominiums and 48 apartments.

The residences have a starting price of 5.6mn baht for a studio and go up to just over 18mn baht for three bedroom units. Silver Beach construction progress for the first phase has already passed 60%, with com pletion scheduled for early 2014.

A Bugatti Club with a signature restaurant and bar will be part of the opening phase. A property sales deck has been opened for the real estate offerings on the bypass road leading into Phuket Town.

For the two Greater Phuket Bugatti offerings, a world class set of designers have been recruited, including Bill Bensley, Arcas Europe architects, and, for interiors, Halo and P Tendercool.

While there are pessimists out there who say the island has become one tricky pony, purely focused on mid-market mass tourism, new luxury developments such as Rosewood on the Patong Headland, Point Yamu by Como, Anantara Layan, and the InterContinential in Rawai would beg to differ.

While Singapore lays claim to the tagline that it is where the rich leave their money to sleep, it continues to be in Phuket where they bring their money to buy real estate and holidays. Having Bugatti tool up for greater things certainly bodes well for the market.