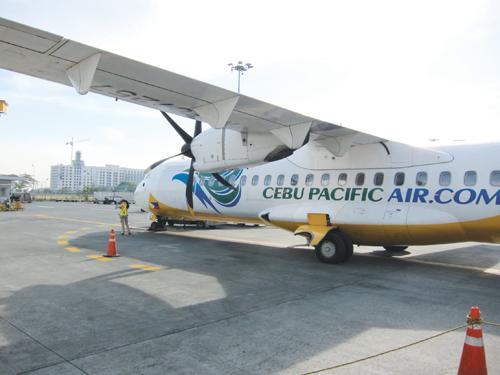 PHUKET: Timing is everything, and my recent sortie to the Philippines for island hopping was ill advised.

I’m stuck in the middle of what they are politely calling a ‘tropical depression’, or what could eventually become a typhoon. The depression thing reminds me of Tony Soprano and his psychiatrist: “So how are you feeling today Tony?”

Yesterday’s highlight was a 12-hour trip from Boracay to Manila, which should have taken three hours tops. While tourism is surging to the famed white- sand shores of Boracay, the airlift situation remains the penultimate deal killer.

For those who don’t know, the island itself has no airstrip, but there is a limited facility at Caticlan on the mainland about 15 minutes away by boat.

It’s a short runway limited to propeller aircraft such as ATR 72s. Departing planes have to limit their passenger count due to a mountain at the end of the runway.

All too often, as was the case yesterday, rainy or windy weather means planes cannot take off or land. The option is a larger airport in Kalibo about 1.5 to 2 hours away. So, on landing, door to door travel time can often be up to three hours, though the latter airport can land jets.

I had the misfortune of flying Cebu Pacific, and after repeated delays and little communication, we were eventually packed into a minibus, like sardines, driven by a madman in the rain to Kalibo, where the airport was SRO (Standing Room Only).

For those who complain about flying to or from Phuket, try Kalibo for a mass of overcrowded chaos. Ground staff had no idea when planes were coming or going, as they went promptly into hiding, and chartered flights headed for China were added to the mix.

Eventually, I made it back to Manila before midnight, shaken, stirred and sporting a bump on the head. As I write this I’m back in the ring, bumping my way to Cebu straight into another depression way down South.

Reflecting on Boracay, it remains an awesomely beautiful island, but like Phuket, Bali and Samui, it is far from pristine and its hotels are getting better.

In my opinion, the Shangri-La, Boracay is the best resort in the chain. Others like Discovery Shores and a personal favorite Asya are heads above the competition.

Yes, while we complain about the airport in Phuket, or Bali, or Samui’s conundrum, it could be much worse – Boracay. While they are cutting down a hill and extending the runway, a long-term solution is years away. Airport owner San Miguel’s plans to reclaim land and create a much larger facility are mired in red tape.

For Shangri-La, while the hotel has picked up its rates and occupancy, it’s still a mis-match for this scale of property with limited access.

And yes, driving around the island is a similar conundrum to our own island Phuket, where poorly regulated building restrictions and inadequate infrastructure are creating an increasing urban sprawl.

Over the years there has been residential development on the drip, with mostly condominiums and a limited number of freestanding holiday homes.

Not villas in the way we know them in Phuket, but a more domesticated product.

Things are moving ahead as I visited the AQUA site, which has been designed by the Starck-inspired Yoo group. CBRE did a recent launch, and investment sales are picking up for the project.

Without a doubt, the island’s real estate sector is going to see strong growth given the overall positive sentiment across the country. Coupled with this, over 10 million overseas Filipinos, who are scattered to every corner of the globe and all dream of owning a property back home.

Yet, for my money, the Philippines contains such strong potential, 7,107 islands and fantastic natural appeal.

Now, if only getting there and back were just a bit easier.

Phuket Legal: Property purchase in the name of a Thai company