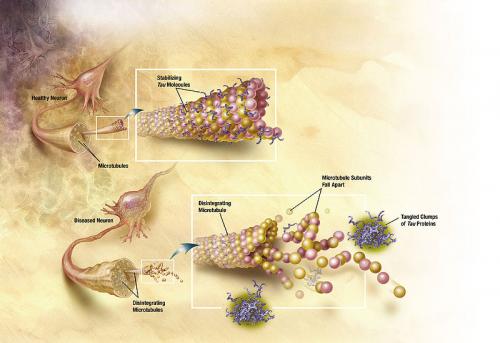 PHUKET: New findings suggest that retiring later in life can reduce the risk of developing Alzheimer’s disease. Studies by French public research institute INSERM, presented at the Alzheimer’s Association International Conference last month, suggested that for each year after 60 that a person is retired, the risk of subsequently developing the disease is lowered by 3.2%.

The research included analysis of records of over 430,000 retirees as of December 2010. The average person in the study had to be retired for over 12 years and it showed that 2.65% of those taking part had some form of dementia. Postponing retirement by five years (from 60 to 65) reduced the risk by 14.6%. To ensure conclusions were accurate, INSERM then excluded the records of those who had been diagnosed with dementia within five years of retirement – the results remained unchanged.

INSERM’s head researcher for this study, Carole Dufouil, explained that the results were in line with the use it or lose it hypothesis. She stated in an AAIC press release that professional activity may be important to remain intellectually stimulated and retain mental engagement; thought to be potential protection against dementia. “Our results highlight the importance of maintaining high levels of cognitive and social stimulation throughout work and retired life,” she explained.

These results are merely preliminary until published in a peer-reviewed academic journal. However, since 2012 two separate studies published in the AAII Journal have found links between earlier retirement ages and worse health. To date there has been no mention of the health of people who retire early but remain physically and cognitively active, in comparison with those who significantly reduce their activity levels.

Of course delaying retirement has financial benefits too. You will give your retirement plan more time to grow, and reduce the risk of outliving your savings. Furthermore, if your investments are hit by a bear market when you initially plan to retire, you could work a couple of extra years to repair the damage – although this can be averted by effectively managing the risk in the retirement plan in the first place.

Cognitive impairment affects every part of our lives, including the ability to make important financial decisions. It is therefore crucial to make provisions in case this happens, including preparing a written set of instructions enabling someone you trust to manage your portfolio should the need arise, a written will and a durable or springing power of attorney.

MBMG Group is a multi-award-winning professional advisory practice that provides sound and impartial advice to assist private, corporate and institutional clients in protecting and building their hard-earned wealth. For further information click here.

Skeletons from Phuket’s past