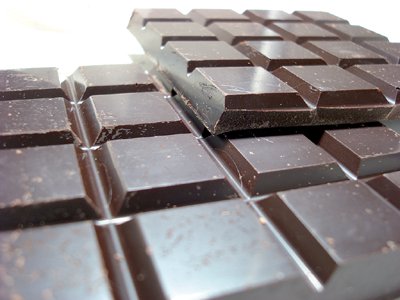 PHUKET: Scientists have known for a long time about the protective effects of this “magic food” on atherosclerosis (hardening of the arteries).

I call it “magic food” because the full official name of the main component in dark chocolate is Theobroma Cocoa or “Food of God” – from the Greek words theo (God) and broma (drink).

Supposedly, cocoa has been considered for a long time beneficial for its effects on improving heart function, protecting against coronary artery disease, reducing insulin resistance, lowering blood pressure, and much more. The theory behind the serendipity of dark chocolate is its bioactive flavonoid substances – particularly their subclass, the flavanol compounds.

This food has a long history. The cocoa drink is one of the common beverages among a particular tribe in Panama. The Kuna Indians, islanders near the Panama Canal, habitually drink more than 4 to 5 cups of “unprocessed” cocoa every day. Surprisingly, most of the Kuna Indians have never had hypertension or cardiovascular disease.

However, when some of them migrated to Panama City, there were higher incidences of hypertension. This indicates that the normal blood pressure in this specific population should not be the result of their strong genetics per se, but the relevant lifestyles and environments instead. This fact underscores the importance of the “unprocessed” natural cocoa as a health food.

The above finding triggered some researchers to delve more into what is behind the chocolate serendipity. A lot of evidence points to a group of substances called flavanols. In fact, the cardiovascular protective effect of a dark chocolate bar depends on how many flavanol compounds are within that bar. This means that just the darkness of chocolate should not automatically imply it has cardio protective properties.

Without enough flavanol content, eating the seemingly dark chocolate is futile for your health. Also, it is possible that cocoa may lose many of its flavanols during the manufacturing process before becoming commercial chocolate bars – the ones which contain sugar and milk in addition to just cocoa. Actually, it is the difference between the processed and unprocessed natural cocoa that renders the commercial chocolate less beneficial to cardiovascular health.

But what are these “magic” flavanol compounds?

Flavanols are a subset of a larger family of substances called flavonoids, which can be found in many “healthy-heart” beverages such as tea and red wine. It is these flavanol compounds that give chocolate a bitter taste – which is why most manufacturers try to process natural cocoa into a sweet confection that virtually destroys these compounds.

Flavanol rich compounds exert their effects via the mechanism involving nitric oxide production. Nitric oxide has long been known for its strong anti-atherosclerotic activity on the vascular wall. One of the main actions of nitric oxide is to prevent platelet aggregation and vascular endothelial dysfunction – the precondition for atherosclerotic development.

Therefore, in theory, dark chocolate, which is high in flavanol compounds, should mitigate atherosclerotic cardiovascular risks by reducing oxidative stress in the cardiovascular system.

Actual clinical benefits of flavonoids are mundane and have been published for more than two decades. In 2008, cardiovascular research found protective effects of cocoa on cardiovascular disease through antioxidant mechanisms and inhibitory action against thrombin on the vascular wall. One study showed dark chocolate improves coronary
vascular functions, increases the diameter of coronary arteries and reduces platelet aggregation via its antioxidant properties.

Abnormal platelet function is a hallmark of atherosclerotic disease – inhibiting it will decrease the chances of atheromatous plaque development.

There are many studies that support a blood pressure lowering effect of dark chocolate, which could be potentially applicable for extensive prevention and management programs for hypertensive populations.

Moreover, many research results also suggest beneficial effects on insulin sensitivity, lipid abnormality and brain perfusion. All of these studies play an important role in confirming the effectiveness of eating dark chocolate for cardiovascular health.

A mere percentage of high cocoa content, say more than 50 per cent, has nothing to do with the actual amount of flavanols at all. One should not rely only on the cocoa percentage in the chocolate for its cardiovascular preventive effects. We need to stress more the percentage of the actual compounds – the flavanols. In particular, the Kuna Indians living in Panama City who consume commercial chocolate have a normal incidence of hypertension similar to other populations around the globe – in stark contrast to those who continue to consume natural cocoa with Its extraordinarily high flavanols.

Unfortunately, most commercial chocolate products do not reveal the actual flavanol contents on their packages.

Most up-to-date studies do not specify anything about the exact flavanol content in their clinical trials.

Lack of well-controlled clinical and experimental data undermine the justification of consuming dark chocolate as a standard public health policy.

More in-depth and strictly controlled studies are needed to better define the potential of this divine food.

Dr.Sanya Thiengburanatham is an experienced academic and cardiovascular & thoracic surgeon. Currently, he works at Bangkok Hospital Phuket. He can be contacted at sanya_theing@yahoo.com.