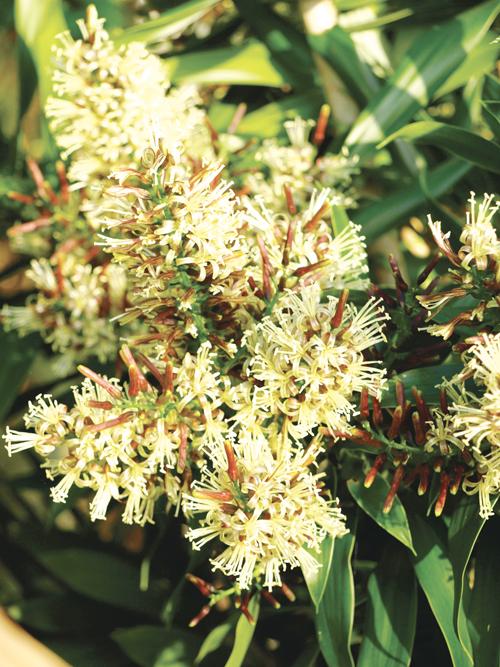 PHUKET: When Shakespeare used the expression “motley”, he meant the multi-colored garb of the court jester, also known as the harlequin or fool. His role was to crack jokes, behave foolishly and thereby divert and amuse the King. In the nineteenth century, the Italian composer Leoncavallo told one of his characters in Il Pagliaggi to press “on with the motley”, meaning to go out, play the fool and have fun.

The phrase has stuck, as has the tradition of associating zany behavior with “motley” attire. Indeed, as Thai comedy shows can attest, the more outlandish and garish the dress of a character (thanok), the more visible and daft his antics are likely to be.

Multi-hued plants in the tropical garden are often outlandishly different and certainly add drama and color to a predominantly green environment. So, in terms of gardening, “on with the motley”, is an invitation to add impact to your patch with foliage color.

One of the best plants for providing unusual color is the cordyline. While it does not have the range of coloration that the croton possesses, it refuses to be upstaged by other plants.

Right now, there are maybe a dozen cordylines in my garden, exhibiting a range of color from red-edged green foliage to deep crimson leaves. The latter are the most spectacular of all, and contrast superbly with their greener neighbors.

Once it is established, the corydyline becomes an imposing single-stemmed, fibrous plant up to eight-feet tall, with large broad leaves up to a foot or so in length. A Southeast Asian native, it does best when there is some shade and moisture for its roots as well as direct sun.

A common and vigorous variety, Alberti has green leaves edged with crimson, but the form rubra, which initially sports bright pink leaves that then turn a deep crimson, is the variety which is most popular here – deservedly so. All cordylines grow well once established: the trick is to make sure they are watered during the initial weeks. It is also possible to cut back the main stem in order to encourage new and bushy growth. You may even be able to re-pot the existing top.

Another variety of cordyline – petiolaris – hails from Australia.

This is not a genuine “motley”, one having large, spreading clusters made of uniform, green lance-shaped leaves and rolled leaf stalks. It is a vigorous grower, up to fifteen-feet tall. But perhaps its most prized role is indoors, since it is one of the very few house plants that will tolerate shade for extended periods.

Cordylines used to be frequently confused with dracaenas, a larger genus of perennial herbs, which are mostly West African in origin. The smooth, glossy, sword-like leaves are often variegated with a broad white or yellow stripe down each leaf, and the plant’s habit varies from spiky or rosette-like to a softer, more shrubby appearance.

It is much better in a pot than the cordyline, and will put up with dry conditions for several weeks. Most often seen in Phuket is the corn plant (dracaena fragrans), a popular yard plant, which has a tall columnar habit and can attain twenty feet or more. Lindenii has yellow leaves with a green central stripe, and the spectacular Victoriana has wide, drooping, bright green leaves with a silver central stripe and yellow edges.

Reflexa has a slightly different appearance: it consists of a tangle of wiry stems with attractive and dramatically variegated clumps of green leaves with yellow borders. It is a very robust plant and will do well in a container with limited attention.

As with all varieties, propagation is from stem or tip cuttings, though it is possible to strike seed obtained from the insignificant flowers. No thanok there.

Tip of the week – Garden pests: Aphids
Aphids, known as plant lice in the USA or as greenfly (also blackfly, whitefly) in the UK, are one of the commonest and most pernicious garden pests.

They are small sap-sucking insects, which cluster together in large numbers, and feed on the plant’s juices as they rise through the stems and shoots. They breed rapidly, with a life cycle of twenty to forty days and can be very destructive. Aphids excrete a sweet, sticky substance called honeydew, which attracts ants. Ants protect the greenflies from natural predators in order to feed on the gummy secretion.

This honeydew also attracts bacteria and mold. Natural enemies of aphids include ladybirds (beetles) and hover fly larvae. Chemical insecticides are effective as sprays, but it is better to use eco-friendly plant extracts, which work equally well. For example, extracts from local plants such as neem or lantana. Washing up liquid also works when sprayed on affected plants.

Phuket History: A journey from Aceh to Lipe

Phuket Books: A life of crime