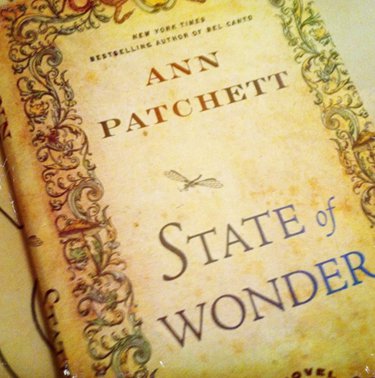 PHUKET: Ann Patchett’s seventh novel State of Wonder (Harper Collins, New York, 2011, 353pp) made a big splash upon publication, with many critics comparing it to Joseph Conrad’s Heart of Darkness.

This is nonsense. Comparing Kurtz, the cruel conqueror of an African tribe in the heart of the Congo, to Dr Annick Swenson, an elderly, eccentric and cleverly mendacious medical researcher in the Brazilian Amazon, is a stretch. And she’s not that far from civilization – only a short boat ride from the capital of Manaus.

Still, this is a gripping read. Ann Patchett is a master of the novelist’s craft and she lays out an intricate and convincing plot. She holds off introducing Dr Annick Swenson, surrounded by mystery and controversy, until the novel is one third underway.

The focus of the book – the Charles Marlow character – is Dr Marina Singh, a research biologist at a Minnesota pharmaceutical firm. Dr Swenson has been in the jungle for decades, searching for an Indian natural remedy that prolongs fertility into the fifties and sixties.

Dr Swenson’s colleague, Anders Eckman, had been sent to bring Dr Swenson and her research notes back home, but Dr Swenson has written a cold and concise letter reporting that Eckman has died of a jungle fever. Dr Singh is selected and sent to replace him.

In Manaus, Singh is artfully put in her place by an array of characters dedicated to protecting Swenson’s isolation.

Then, accompanied by a deaf-mute Indian boy named Easter, Swenson makes a dramatic appearance at the opening of Glock’s Orfeo ed Surdice at the Teatro Amazonas, the legendary opera house that rose upon the Amazon’s rubber boom at the turn of the 20th century.

“The building itself was the performance, the two long marble staircases curving in front, the high blue walls piped with crisp white embellishments, the great tiled dome that must have been torn from a Russian palace by a monstrous storm and blown all the way to South America – Marina thought of it as the line of civilization that held the jungle back. Surely without the opera house the vines would have crept up over the city and swallowed it whole.”

Swenson’s arrival is worth the wait. She is curt, imperious, majestic, eloquent – and a prodigious liar. As a surgical professor at Johns Hopkins, she had terrified Marina Singh. She does so again, over the course of weeks at her camp in the riverside village of the Lakashi tribe, as she deftly manipulates Singh and drops veil upon veil of deceptions.

Naturally, I won’t reveal these. But Swenson’s aim is to convince Singh to stay and take over her mission which she, in turn, had inherited from her own mentor and lover, the swashbuckling Martin Rapp.

There are plots within plots within plots, the momentum quickened by a looming presence of the cannibalistic Hummocca tribe: “Tribes are like countries. They each have their own national characteristics. Tribes like the Jinta are essentially Canadian. Other tribes, like the Hummocca, are more North Korean.”

Singh yearns to be released from this dark world and return to the old, placid life in Minnesota.

“Trust me, you won’t fit in there anymore,” Swenson tells her. “You’ve changed. You’ve betrayed your employer, and you’ll keep on betraying him, and that won’t sit well with someone like you. I changed myself once; it was a long time ago but I changed. I followed my teacher down here too. I thought I was coming for the summer. I know about this… I wasn’t like Dr Rapp, and still I took his place. You’re not like me but you wait; you’ll go back there and nothing will make sense to you anymore.”

The final lurch of the plot is startling as we are transported in the space of two pages from the depths of the jungle to normal, sunny, suburban Minnesota. But the many moral questions raised in this deeply serious novel remain unanswered.

I suppose the most sincere form of flattery is to read more of Ann Patchett’s novels, and I plan to do so.