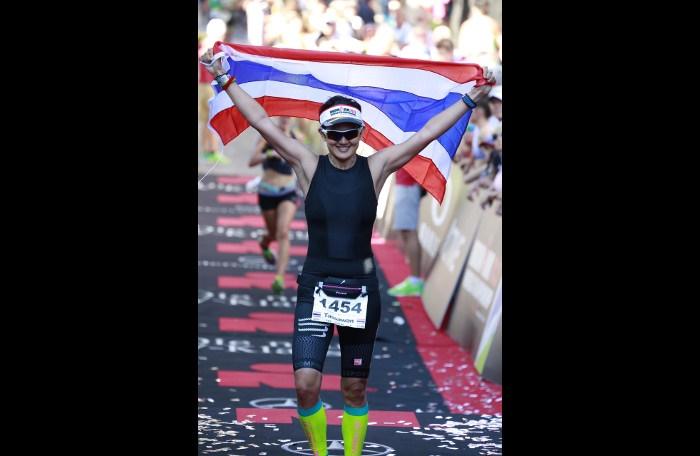 PHUKET: Bangkok native Tassawan Sirivongs is a Thai national Ironman, a Master’s degree holder from France, and the Executive Director at Ramkhamhaeng Hospital, Bangkok. She has competed in at least a hundred triathlon competitions worldwide, including events in New York, Japan, Australia and Sweden.

Ms Tassawan is competing in the Laguna Phuket Triathlon to be held in Phuket on November 27. This year, she placed first at the Korean triathlon, and last year she came in second at the Japanese triathlon. She has also competed in the world triathlon championships in Australia and Austria over the last two years.

Unlike many other athletes, she has not been training since childhood.

“I have just been a part of these competitions for the past seven years. The first triathlon I attended was as a spectator, cheering on my friends. However, when I saw the others participating, I felt compelled to challenge myself to try it. That’s when I started training and preparing for it,” Ms Tassawan says.

Swimming being something that came naturally to her, she started practicing the other two challenges – cycling and running.

“When I started out, I was not an athlete in the true sense. At first, I thought that I’d join in one race and be done with it. However, after completing the first competition, there was no looking back,” Ms Tassawan says.

“I felt addicted and kept trying to improve my skills with each competition I participated in. It gave me another purpose and goal to accomplish in life. My dream is to be an Ironman in six continents, and I am already halfway there.”

Her ultimate goal is to participate in the Ironman World Championships in Kona, Hawaii, much like other triathletes all over the world.

Ms Tassawan says that the three most important factors responsible for her success are self-discipline, time management and patience.

“Discipline is something you have to acquire, it doesn’t come on it’s own. You have to overcome your laziness and stay active and focused. I feel that I have become disciplined and patient in all aspects of my life – both work and personal life – not just when I am practicing or competing,” she says.

Another aspect of the competition that Ms Tassawan appreciates is connecting with people and meeting other like-minded athletes.

“I have learned and gained a lot from this experience. Before I used to get sick all the time, catching colds quite frequently. Now, I am much healthier and stronger than I used to be,” she added.

Ms Tassawan’s advice to aspiring athletes is to make safety a priority.

“Challenging yourself is great, but you also need to know your body’s physical limitations. If you don’t feel you are ready, do not force yourself to participate. It’s not just about winning and losing – your safety should always be your own priority,” says Ms Tassawan.

Profile: The man who met the King