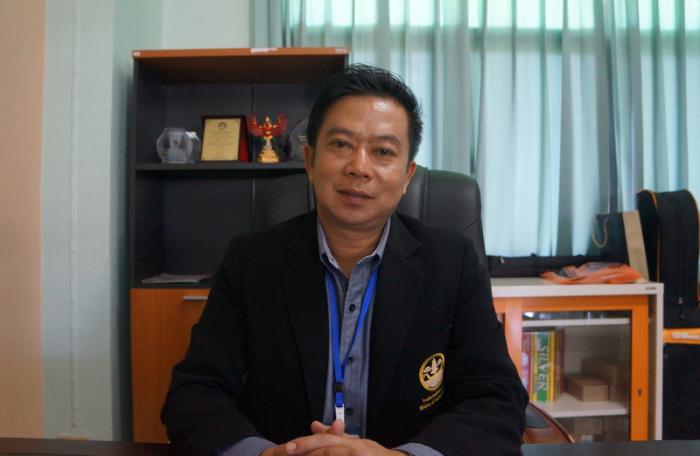 PHUKET: Santi Pawai has been working in Phuket since 2012 as the director of the Ministry of Tourism and Sports Phuket Office (MOTS). He was promoted last year to oversee Phuket tourism.

Mr Santi, who is originally from Lopburi, is the head of Phuket’s Tourist Assistance Center at the airport, as well as the Tourism Business and Guide Registration Office. He took over the position of director at the Institute of Personnel Development for Physical Education and Sports, at the Department of Physical Education in Bangkok last week.

Mr Santi said it will be necessary for the incoming director of the MOTS to build up the island’s standards, in order to ensure tourist safety and have them return in the future.

“Our main purpose is to develop and support tourism, especially in terms of safety, in order to boost tourists’ confidence when travelling on the island. We’ve put together a plan for this coming year, and I think it will be a very smooth transition, as whomever replaces me will be qualified,” he said.

He believes that getting tour operators under control and on the same page as government officials will be of the utmost importance.

“If tourists are impressed by tour guides, it’s likely they’ll be impressed by Phuket as well,” he said.
Mr Santi was a champion for the cause of Thais retaining the exclusive right to sell tour packages.

“Identification cards have been issued to nearly 1,000 people who have been trained and approved to sell tour packages throughout the island. Card holders are Thai nationals only, and must carry their IDs at all times,” he said.

He also enforced stricter rules for tourism business registration. Under the new policy, all shareholders are required to appear for questioning during the registration process, in order to prevent nominee issues.

Mr Santi also made it mandatory for all tour companies to have insurance in place to take care of any medical expenses needed for injured or deceased tourists.

“Should a complaint about a tour company or operator be filed by a tourist, company representatives will be called on to come in and explain the incident. I wanted these tour companies to be competing in quality of services, not in pricing,” he said.

He aimed to crack down on substandard services and said that officials were on the lookout for tour companies who offer lower-than-average prices.

“It’s damaging to the industry when two companies are haggling with tourists and one offers a much cheaper price. Tourists will then begin to doubt people quoting them honest prices,” Mr Santi said.

Mr Santi said it was important to deal strictly with the influx of illegal tour guides, and said that those caught working illegally will now be deported and blacklisted.

“Companies who continue to hire illegal guides will have their business licenses revoked and face the highest penalty under the law. I hope that by strictly enforcing these measures, we can make Phuket a better tourist destination,” Mr Santi said.