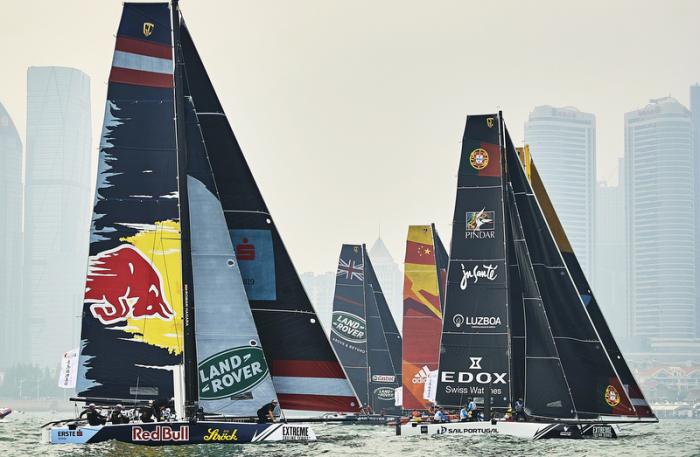 PHUKET: Bangkok was host to Asia’s Sports Industry Awards & Conference (SPIA Asia) at the beginning of this month. A two-day conference with presentations from leaders in the regional sports industry – IMG, Lagardere, GroupM, Media Pro, Total Sports Asia, TATA Consulting, and many more – discussing the best practices and latest developments within the sports industry, was followed by the Asian Sports Industry Awards.

It was a veritable sports buffet of information and opinion, and a celebration of the sports industry. Sailing, sadly, didn’t get much of a look in.

Thailand has some of the best amateur sailing events in the region, evidenced by the large number of sailors from around Asia and beyond that come to Thailand each year to compete in these events. Phuket King’s Cup Regatta, Top of the Gulf Regatta, Phuket Raceweek, Samui Regatta and the Bay Regatta – they’re household names to many near and far, yet there was only one Thailand regatta that made the shortlist at SPIA Asia, the Top of the Gulf Regatta, and they walked away with Silver in the ‘Best Amateur Event of the year in Thailand’ category.

What was more of a concern, however, was how little airtime sailing got in the conference.

Everything from buffalo racing to marathons, table tennis, badminton, football and more was covered. Brands such as Liverpool and Chelsea were present. Sailing, however, got only a mention in passing. Blink and you missed it.

For a country that is blessed with world-class cruising grounds, has an established amateur regatta scene with strong international draw, and has produced a youth world champion in the sport, why is so little attention, outside the ‘those-in-the-know’, given to the sport?

While our neighbors are attracting world-class sailing events to their shores, Thailand seems content to watch the sport sail on by.

Singapore has hosted an event in the Extreme Sailing Series on a number of occasions as well as having been a stopover for the Volvo Ocean Race in the past. China has done the same, as well as entering a team in the Louis Vuitton Cup and, of course, hosting the Olympics. Hong Kong, meanwhile, has been named a stopover in the 2017/18 Volvo Ocean Race for the first time.

Thailand is not without excellent facilities. The skill set is here in-country, and Thailand does indeed host international events. The Kingdom has hosted a number of dinghy world championships over the years and the Royal Varuna Yacht Club in Pattaya is to host the Optimist World Championships in July 2017.

However, at the professional level of the sport, Thailand is nowhere to be seen.

Sure, hosting such events is not cheap and requires significant financial backing. In most cases in Asia these events have government backing and financial support, yet Thailand has not yet reached this level.

Hosting international events is not simply a way to promote the country. Sporting events often get put into the tourism bag and are seen as a way to draw visitors – think F1 and FIFA World Cup. However, they are so much more.

The intangible benefits are priceless. Such events inspire, give hope and provide opportunities.

Hosting international sailing events can be a catalyst for industry growth and growth in sporting excellence. The events can also be a springboard for a career path for young sailors – something that is sadly lacking in Thailand (and Asia), for the sport of sailing.

Duncan Worthington is a long time Phuket resident and through Infinity Communications (infinity-comms.com) consults to leading consumer brands, hospitality and marine clients in Thailand. In his ‘spare time’ he runs the marine portal MarineScene.asia. #OnDeckPhuket