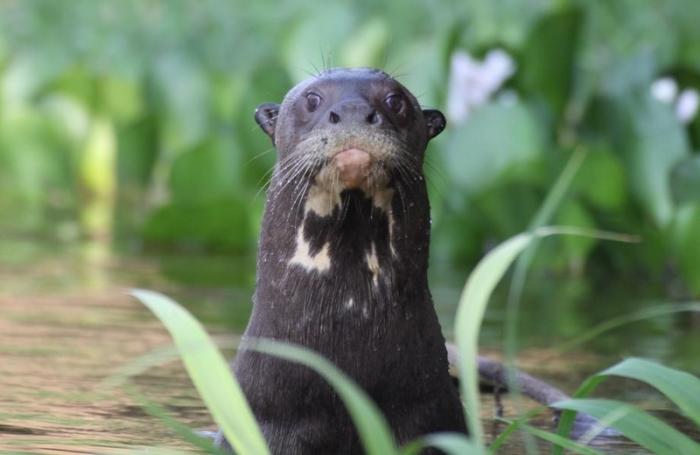 PHUKET: Louts and hooligans are often accused of ‘behaving like animals’. Unlike most cliches, the expression is a complete fabrication and does a grave disservice to animals everywhere.

The world is full of human beings behaving badly. Homo sapiens, not your wild creature, are the louts mindlessly bent on destruction, not only of others but ultimately of themselves. Animals kill to survive: no wild creature murders randomly and excessively; no animal perversely destroys its own living conditions, or poisons its environment.

The latest World Wildlife Fund (WWF) report sounds alarm bells. Not that Hillary Clinton or Donald Trump would care. Neither of them, in what was the most hyped show on earth, bothered to mention what is the greatest threat to us all – climate change and the collapse of wild life.

Consider a few stark facts. 50 per cent of the world’s forests have vanished in the blink of an eye, 30 per cent of the earth’s soil. The number of animals is set to fall by two thirds by 2020. Global populations of fish, birds, mammals, amphibians and reptiles declined by 58 per cent between 1970 and 2012.

We are about to enter a new and terrifying phase – the Anthropocene – a geological era in which humans dominate the planet. Not good news. Marco Lamberti, Director General of WWF says: “Lose biodiversity, and the life systems, as we know them today, will collapse. We completely depend on nature for the quality of the air we breathe, the water we drink, climate stability, the food we use and the economy we rely on, and not least for our health, inspiration and happiness.” Instead, we are consuming and destroying resources as though we had 1.6 earths at our disposal.

The destruction of wild areas due to logging and farming, plus uncontrolled poaching for food, has hit mammals particularly hard. According to recent research, more than 300 species of mammal are being eaten into extinction. Rivers, lakes and wetlands are the most affected habitats, with populations down by 81 per cent. Since 1970, there has been a combination of pollution, excessive water extraction, and dams. Even the common eel is losing ground. Unsustainable fishing has emptied our seas. To take one example close to home: the Asian trade in shark and ray parts – mostly to China – is nearing one billion dollars per year.

The good news? Give Mother Nature the ghost of a chance and she will come back smiling.

We are giving the Antarctic that chance by declaring its 14 million square kilometers a protected area. The cynical will say it is only because it is so cold and desolate that this has been agreed. Maybe, but it is still home to vast numbers of penguins, seals, whales, ice fish and albatrosses.

Despite the fact that 2016 is about to set yet more records for global warming, CO2 emissions have begun to stabilize over the past two years. China’s coal burning may have peaked too. Some protected species have actually grown in numbers. The Chinese panda and the Eurasian lynx have recently been removed from the endangered list, while tigers worldwide are increasing in numbers.

New protection for pangolins, one of Thailand’s most hunted species, has been introduced. Likewise for rosewood, a native Thai tree, and the most trafficked wild product of all.