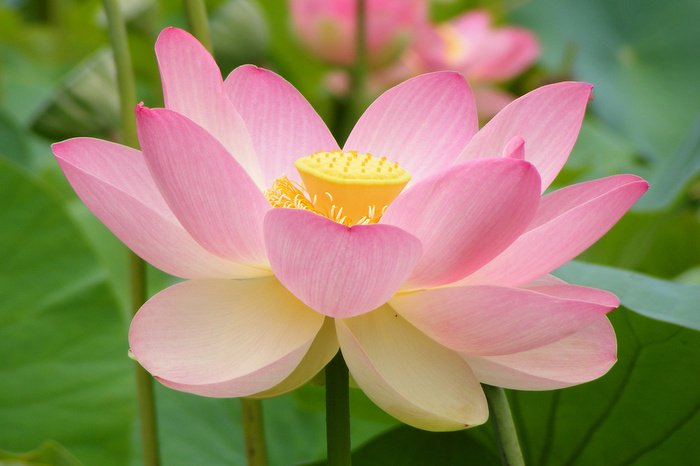 PHUKET: Hydrophytes are plants that can grow only in water or in soil that is permanently saturated. Some simple souls merely float on the surface and dangle their roots below, but the majority are rooted to the bottom or to the muddy margins of lakes, marshes or rivers.

A few can actually survive in brackish or saline conditions, but for most, salty water prevents the natural process of osmosis and is a recipe for disaster.

Some are edible, for example, wild rice, watercress, morning glory, lotus and water chestnut, and all are extremely useful in filtering out impurities and toxins that plague both our visible and invisible supplies of water. Since they consume the same nutrients as algae, hydrophytes help to control algae’s damaging presence, while most absorb various metallic compounds – for instance tin in Phuket – and help stabilize acidity-alkalinity levels in the water system. Furthermore, blooming water dwellers, such as lilies and lotuses, consume huge amounts of nitrates, an inevitable result of having fish in your pond or fertilizer in your garden soil.

But despite all these unheralded benefits, we grow water plants primarily for their visual presence. As the painter Claude Monet knew, few flowers can rival the beauty of nymphaeas or water lilies, and every Thai enthuses over the virtues of its equally splendid cousin, the lotus or nelumba nucifera, a sacred symbol for both Buddhists and Hindus.

Let’s begin with the water lily, if only because it is a universal horticultural presence, even in cool climes. While most tropical varieties will bloom profusely only if they are placed in a sunny position, water lilies will survive in less favorable conditions, even, as I recall, in my London garden.

There are stunning hybrids, mostly derived from capensis or Mexicana stock, in a range of colors few flowering plants can emulate: scarlet, magenta, violet, white, yellow, orange and even blue. The large and dramatic star-shaped blooms come in double and single forms. Even the single flowers have a minimum of eight dramatic petals. Go to your local nursery and you will probably discover rows of water lilies of every hue, rooted in the rich mud at the bottom of black, watertight, plastic pots. Most of them will be day-blooming tropical varieties, but there are also hardy and night-blooming forms. The most commonly grown cultivars include the orange escarboucle, the double-white blooming gladstoniana and pale-yellow marliaciea.

To grow a lily, take a potted specimen, complete with its own roots encased in mud and already in bloom, so you know which color you are getting, and simply drop the container into a pond or wide ceramic bowl. A vigorous feeder, all your nymphaea will need is the occasional fertilizer tablet or two (available everywhere) and if the roots (actually rhizomes) become too large, a supplement of the sticky mud on sale in garden centers. Alternatively, you can divide up the clump if the plant gets too big for its boots.

Lilies do best in still or very slow-moving water and they need plenty of room. The large, rounded leaves – called pads – float on top, but pots with small surface areas will soon become overcrowded, resulting in the leaves bunching up or hanging untidily over the side. Also remember that in favorable conditions, the flowers, which are borne at the end of stiff, but fleshy stems, may rise several inches above their surrounding mat of greenery.

Not only humans who love lilies. Fish enjoy the superior water quality that nymphaeas provide and the cool, shady areas beneath the pads, while dragon flies and frogs appreciate the gentle resting place above. Low- maintenance perennials, lilies are both a utilitarian and aristocratic aquatic plant no garden should be without.

If you have a question or a garden that you would like featured, e-mail: drpaccampbell@gmail.com. Further information about this gardening series and Patrick’s other work can be viewed here.