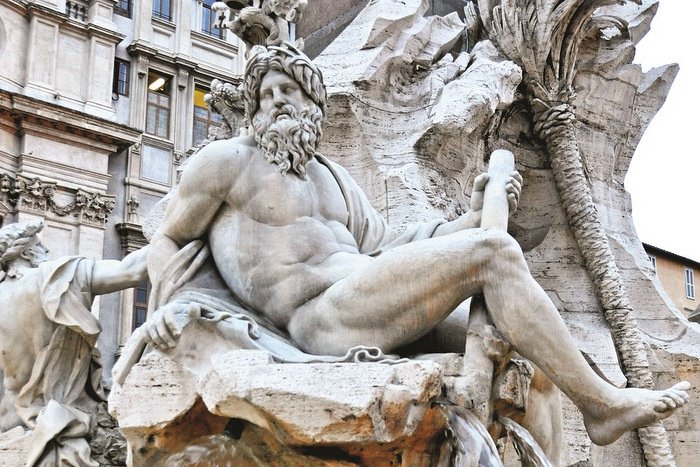 PHUKET: In the 1950s, Robert Hughes was part of a group of students at Sydney University – including Germaine Greer and Clive James – who went on to lead brilliant careers outside Australia. Hughes became a hugely influential art critic at Time magazine.

Besides eight books about art, he wrote a wonderful history about Australia as a penal colony, The Fatal Shore; a caustic screed against whingeing, The Culture of Complaint; a tribute to his favorite city, Barcelona; and a memoir Things I Didn’t Know.

His last book, the year before he died, was Rome: A Cultural, Visual, and Personal History (Alfred A. Knopf, New York, 2011, 498pp). Hughes takes his reader on a tour of Rome from its founding to the present day. From republic to empire, he first delves into every aspect of classical Rome: history, art, literature, religion, military organization, public entertainment, architecture, civil works.

“But the greatest of the physical monuments, which occupied the best energies of Roman surveyors, planners, engineers, laborers, masons, and slaves for centuries and made possible the growth and administration of the largest empire the world had hitherto known, was neither a mighty building nor a statue but a thing both ponderously physical and entirely horizontal, and thus, at least from a distance, rather hard to see: certainly invisible, and very hard to imagine, as a whole. This was the enormous road system, without which the Roman Empire could not have existed.”

I quote this passage at length because it gives a taste of Hughes’s eloquence. This rises to peak again with the emergence of the Renaissance emperors: Roman popes like Nicholas V, Julius II and Sixtus V, who would reshape the face of Western art and architecture.

That many of the popes were scoundrels and libertines is no matter; they sponsored the work of Michelangelo, Raphael, Donatello, Brunelleschi, Caravaggio, Alberti, and Bramante. They turned a city of ruins and a population of 50,000, depleted from one million during the Roman Empire, into a showcase of architecture – magnificent fountains, plazas and cathedrals – and the center of Western art where Spanish, French and Flemish painters – Velazquez, Poisson, Rubens – would come to do their apprenticeships.

Hughes also mounts a vigorous defense of Bernini and other Baroque artists of the 17th century. But his interest flags during the barren subsequent centuries and so does the reader’s attention as Hughes dutifully describes the work of second-rate painters and sculptors (with the exception of Antonio Canova). The age of 18th century Grand Tours and art forgeries makes for especially slow reading.

The narrative pace picks up with the unification of Italy under Garibaldi and Cavour, followed by the histrionics of D’Annunzio and the long dictatorship of Mussolini. The post-World War II era is bleak:

“It is depressing, but hardly unfair, to admit that by the beginning of the 1960s, Rome, the city that had produced and fostered so many geniuses in the visual arts across the centuries, had none left – not, certainly, in the domains of painting, sculpture, or architecture. None of the painting or sculpture made in Rome since World War II even begins to measure up to the grandeur and energy of earlier work done by Roman artists… As for another Raphael or Michelangelo rising in Rome, or a Caravaggio, forget it: there are quite simply no candidates.”

On the one hand, there is the great cinema of Fellini, Rossellini and De Sica. On the other is the “colossal, steam-rolling, mind-obliterating” television trash of Silvio Berlusconi: “the ceaseless diet of gossip and chatter and scandal and unembarrassed glitz that passes for news, the relentless barrage of sports and commentary on sports, the diet of cushion-lipped, big-breasted blonde babes who serve as announcers, the wrestling matches and all the rest of it.”

Add to that mass tourism and epic traffic congestion and, Rome is a far cry from the charming city the young Hughes first encountered in 1959.

Moreover, the center of art had moved first from Rome to Paris in the 19th century, and then New York after World War II. All Rome has now is its past. But, as Hughes shows, what a past!

Henning Mankell lets down readers with ‘A Treacherous Paradise’