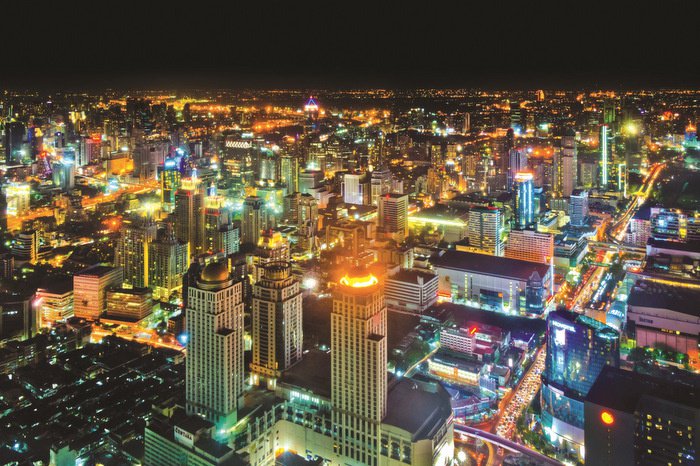 PHUKET: I needed a break. After reviewing three 600-page books in a row, I found a nice change of pace in Paul Theroux’s Mr. Bones (Houghton Mifflin Harcourt, Boston, 2014, 359pp).

This is Theroux’s third collection of short stories, adding to his oeuvre of 28 novels and 14 travel books. The 20 stories range widely in location – New York, Massachusetts, Ecuador, Thailand, Italy, Hawaii, Uganda – and in quality.

The two best stories are about romances between elderly American men and young Asian women.

At 50 pages, the longest in the collection, “Siamese Nights” introduces Boyd Osier, an American accountant on temporary assignment in Bangkok. With a wife home in Maine, he is on the verge of retirement. After much pressure, he accompanies two colleagues to a bar.

Here, he meets Song: “In the booth of four girls, only one was attractive – tall, thin-faced, slender, a bit aloof, possibly haughty or else shy, while the others fluttered around him.”

Song takes him to her room, where he discovers that she is a ladyboy. But this plays only a peripheral role in their romance. The big change comes when Song’s kind-hearted mother comes for a week’s visit from her village in the Northeast and the three become a temporary family.

Song no longer regards Osier as a client, while he finds love and happiness in the many weekends

he spends in her room. Her English becomes better while his degenerates into bargirl pidgin. Their roles reverse as Song ends up in a dominant, public role in his life.

“The First World” takes place on the rich man’s enclave of Nantucket Island where Jimmy Barghorn, “a mick from Southie”, used to mow lawns as a college student. Now, after three failed marriages, he has gone into retirement, a self-made tycoon who got his start by selling scrap metal from Vietnam.

Barghorn hits on her but she forgives him and the two become the closest of friends, fishing, clamming and drinking together.

Similarly, in “The Traveler’s Wife”, the wife of a famed travel writer takes off on her own independent trips, leaving him forlorn and impotent to write anymore.

Few of the other stories are so satisfying. Many are static portraits of moral monsters (a rich predatory homosexual, a malicious art gallery owner, a tyrannical construction chief) or dynamic ones of normal people who become monsters.

In “Our Raccoon Year” a retired lawyer abandons his two sons in order to wage maniacal warfare against the family of raccoons that have infested his house.

In “Mr. Bones“, a mild-mannered churchgoer rehearses for a minstrel show and turns into a sinister, bizarre, hurtful, wildly exuberant jokester.

In “Minor Watt” a rich art collector takes revenge on his much-beloved former wife as he moves to hand over to her a priceless Ming vase and then lets it drop.

“She let out a sharp cry as though she’d seen a precious creature die… He surprised himself by laughing – and because it was involuntary, like the reaction to a wisecrack, it was full-throated, a great guffaw, a joyous snort-honk of gusto that was like a sound of health.”

In “The Furies”, a dentist deserts his long-suffering wife to marry his hygienist of many years, only to be punished by three harpies – former girlfriends – whom he meets at a high school reunion. More misused ex-lovers appear in his life, causing his new bride to flee home, divorce him and then demand ownership of it.

Two stories are experimental. “Voices of Love” are short ironic narratives of a couple hundred words each, summing up the love life of men and women. “Long Story Short” are similar stories from around the world about childhood, old age and death.

Like the rest of the book, these are short, sharp jolts of storytelling entertainment.

Books: An awful waste of time

When in Rome, read Hughes