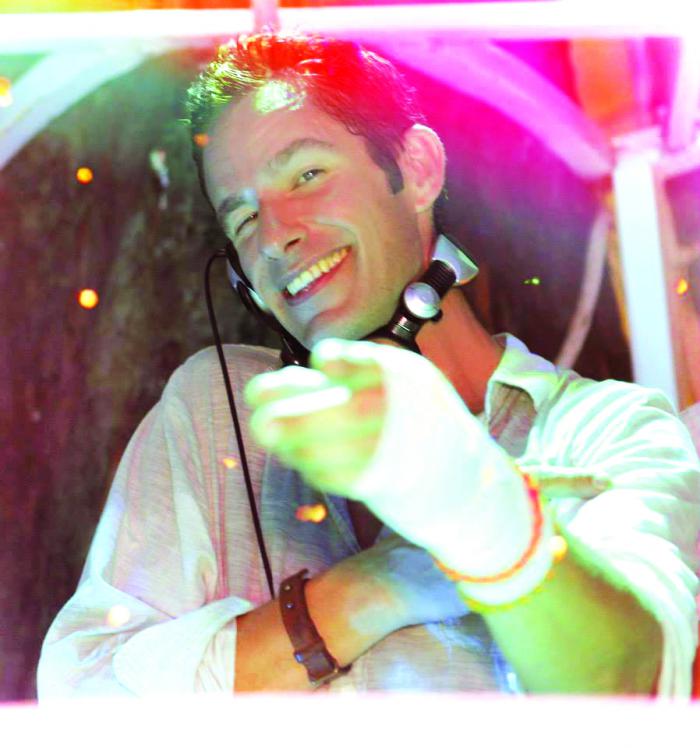 PHUKET: The recent tragic death of well-known and respected club DJ Josh Ezelle in a motorcycle accident, which left his four-month-old son Christian fatherless, has inspired fellow DJs and performers who worked alongside him to organize an event to celebrate Josh’s life and gather support for the young family he left behind.

The event titled “Music is my Life” will take place on Friday, March 28 at Diamond Beach Club in Surin, where Josh was resident DJ, and will feature high-profile local and international DJs, as well as a performance by EKA, the Canadian-born, number-one hit vocalist currently based in Phuket.

Although relatively new to the island, EKA had worked once with Josh, and upon hearing the devastating news of his death, was driven to organize an event to help raise funds to assist Josh’s newborn son.

“After Josh’s passing, I was deeply affected by how the world had lost another artist, one who always had an undying, unwavering pursuit of his true passion, without compromise to money and commercialism. ‘Music is my Life’ is about just that – the ‘never give up, never sell out’ spirit which is increasingly rare in our times,” she said.

DJ Josh Ezelle’s long-time friend, co-worker and famous international performer DJ Eddy Frampton will be headlining the event with EKA and said he wanted the night to celebrate Josh’s love of music.

“We want to really underscore the fact that Josh’s love for music was insane, for some people it’s a pastime, some people do it for money, some do it to pick up chicks, but he just loved music. We just want to put on a party for people who love music, and to maybe understand, hopefully, through our music, what he was about – his spirit was music.”

Emmanuel Skinner, another of Josh’s long-time friends and a well known DJ in his own right, spoke about Josh’s passion for electronic music.

“Josh had a real ear, passion and deep knowledge of electronic music that no-one could touch. If a song was playing and he had 30 seconds left, he could find a track, cue it up and have it perfectly beat matched in seconds on vinyl,” he said.

“He knew what he wanted, and not a whole lot of people do. About being a DJ, his mum would say to him, ‘You have got to have something to fall back on,’ to which he would counter, ‘Music is my life’,” added Emmanuel.

Both EKA and Eddy emphasized that the event was more than just a celebration of Josh’s life and love for music, but also, crucially, to help raise funds to contribute to Josh’s young family’s livelihood and his son’s future education.

“After his passing, Josh’s partner Khun A had only a few thousand baht, so we did some cash donations, but we wanted to contribute some help to Christian on a long term basis,” said EKA. Phuket’s DJ community has also gotten on-board to help make the event a success, with well known local club DJs including Taz (Phuket House Mafia), Nemo (resident of Catch), James Dougall (Evil Twins) and an international DJ (former Music Director at Bed Supperclub), who have all geared up to perform tribute sets on the night.

EKA says she plans to make “Music is my Life” a regular event to create a space where music lovers on the island can come to enjoy fantastic electronic music on a regular basis, keep DJ Josh Ezelle’s spirit and passion for music alive, and help support his family through this difficult period.

The event will be held on Friday March 28, at Diamond Beach club in Surin from 9:30pm. For more information and updates, check the “Music is my Life” Facebook page or see: diamondbeachclub.com