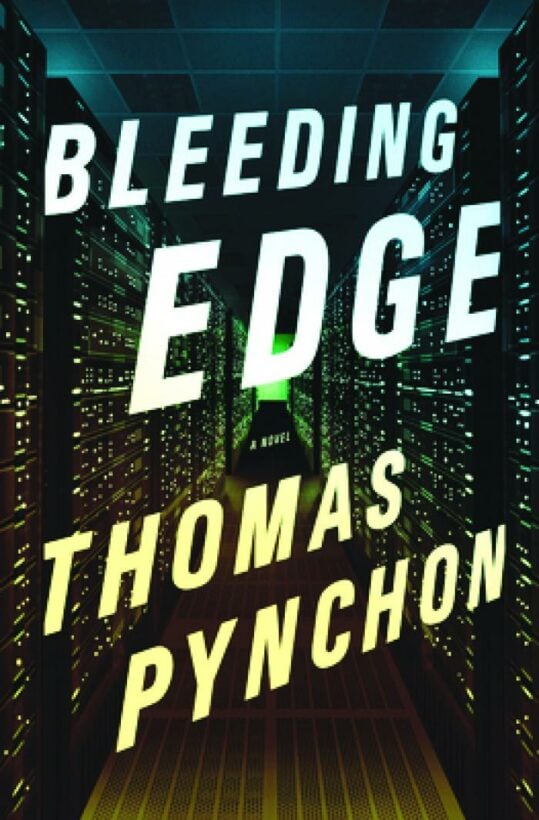 PHUKET: For me, Thomas Pynchon and Robert Stone are the two best living American writers. Both have recently come out with new novels. I’ll get around to Robert Stone next time.

Bleeding Edge (The Penguin Press, New York, 2013, 477pp) is Thomas Pynchon’s eighth novel. His first, V., astonished the literary world in 1963. Gravity’s Rainbow and Against the Day were even more epic, leading to calls for Pynchon to be awarded the Nobel Prize.

How times have changed. Now, it’s a sinister computer network called hashslingrz and the heroine is Maxine Tarnow – a private fraud investigator and Jewish mother of two young boys who packs a Beretta in her purse.

Her quarry is Gabriel Ice, a techno-nerd who is gathering the reins of power after the dot-com bubble burst, funneling funds to the Arabian peninsula, and leaving clues of a great looming catastrophe.

Six months before September 11, the scene is Manhattan’s Upper West Side and Pynchon’s distinctive narrative voice opens the novel. “It’s the first day of spring 2001, and Maxine Tarnow, though some still have her in their system as Loeffler, is walking her boys to school. Yes, maybe they’re past the age where they need an escort, maybe Maxine doesn’t want to let go just yet, it’s only a couple blocks, it’s on her way to work, she enjoys it, so?”

The plot involves a cast of hundreds with Pynchon’s usual wacky names – Vyrna McElmo, Nicholas Windust, Lester Traipse, Conkling Speedwell and Eric Outfield – involved in various scams of skullduggery. There are a whole shoal of red herrings, trivia references to movies and TV shows, extended song lyrics and outrageous puns, “I have always depended on the kindness of stranglers.” Or a strip club called Joie de Beavre.

But as one critic has observed, one no more reads Thomas Pynchon for plot than he does Jane Austin for sex. The hip narrative voice, the wild humor, the exuberant pace – these sweep the reader along. No one outside of Elmore Leonard writes such brilliant dialogue, no one outside Faulkner such intricate, rolling and intense descriptions.

Take this trip into deep cyberspace, “Presently they’re linked and descending from wee-hours Manhattan into teeming darkness, leaving the surface-Net crawlers busy overhead slithering link to link, leaving behind the banners and pop-ups and user groups and self-replicating chat rooms… down to where they can begin cruising among co-opted blocks of address space with cyber thugs guarding the perimeter, spammer operations centers, video games one way or another deemed too violent or offensive… It surprises Maxine how populated it is down here in sub-spider country. Adventurers, pilgrims, remittance folks, lovers on the run, claim jumpers, skips, fugue cases, and a high number of inquisitive entrepre-nerds…”

Hustlers and investigators circle each other in an elaborate dance, leading to murders, disappearances and a heartbreaking description of New York in the aftermath of September 11. Amid all the hectic japery there’s this serious warning from Maxine’s old leftie father about the terror of Cold Warriors. “Yep, and your internet was their invention, this magical convenience that creeps now like a smell through the smallest details of our lives: the shopping, the housework, the homework, the taxes, absorbing our energy, eating up our precious time. And there’s no innocence. Anywhere, Never was. It was conceived in sin, the worst possible. As it kept growing, it never stopped carrying in its heart a bitter-cold death wish for the planet, and don’t think anything has changed, kid.”

Still, Maxine and her family survive into another year after she has allied herself with Gabriel Ice’s estranged wife Tallis and her old leftie, pot-smoking and blogging activist mother March. Maxine forces Gabriel, at the point of her Beretta, to back down from a sidewalk stand-off. Out all night, she returns to her apartment as her sons are getting ready for school, “Go to your room,” they tell her, “You are, like, so grounded.”

And, another year gone, her sons head off to school by themselves.