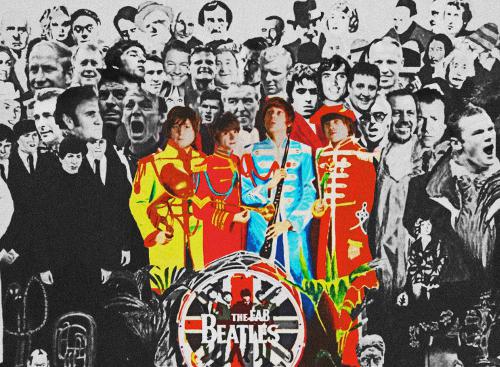 PHUKET: Phuket isn’t exactly famous in the music world. The island doesn’t really boast any world-renowned acts and the occasional musical tour that does find its way here is usually electronic or just a “well-known” DJ. But music lovers in Phuket are in for a special treat. Following their enormously popular, sold-out ABBA Forever concert, promoter Events International has lined up another show that is bound to be music to your ears.

Straight from London amid much fanfare comes a tribute band to the Beatles that, by all accounts, is unparalleled. On February 7 and 8 the Fab Beatles will be filling the brand new air conditioned tent at the Boat Lagoon with the sounds of one of the most iconic musical groups of all time.

These guys aren’t just some garage band who happened to score a gig in Thailand. Since the original formation of the group in 1991, they have toured all over the globe playing in places from Sri Lanka to Russia, the Caribbean to Oman, and dozens of others in between.

You can find a number of positive reviews on line but the Fab Beatles have endorsements from the likes of Stan Parkes, who happens to be John Lennon’s cousin, and others like Michael Parkinson who have actually seen the original Beatles in concert. They were crowned the best Beatles tribute band by the BBC and commissioned by record label EMI to promote the ‘Beatles 1’ album, which highlighted the Beatles number one hits.

When asked if they were able to play every Beatles song, they honestly answered, “no”. They unanimously replied that they cannot play ‘Revolution No9’ from the White Album. Considering that the Beatles had well over 200 original studio-recorded songs, we won’t hold that one against them.

While conjuring up an image of the days of the Beatles, it’s hard not to remember the reactions the girls had at concerts. We have all seen the video clips of girls flinging their underwear and nearly ripping their hair out with hysteria. The times have changed, but the Fab Beatles say they still get great responses – but now it’s from the young girls’ mothers who are of the Beatles generation.

Of course the Fab Beatles love playing the Beatles music since they have developed careers in doing just that, and naturally they have favorites. Kev Day (aka “John”) says it changes every day, but today for Miky Dunn (aka “George”) it’s “Back in the USSR”. Drummer Kieran Chalmers (aka “Ringo”) prefers “Ticket to Ride”, which has his favorite drum beat on the original recording.

The Fab Beatles also use some of the original instruments that the Beatles played, and have a somewhat uncanny physical resemblance to the original band members as well, truly exuding the entire Beatles experience.

It looks like it might not be all work and no play for the modern-day fab four, says drummer Kieran Chalmers (Ringo). “I think we have a couple of days off to relax and enjoy a bit of sunshine [in Phuket]. We don’t get much in England, and from what we have seen and heard about Phuket, we couldn’t be [heading] anywhere better!”

To find out more about this Phuket Gazette Headline Event visit the website: events-international.com or call 091-326 0276.

Phuket could be the location for new reality TV show