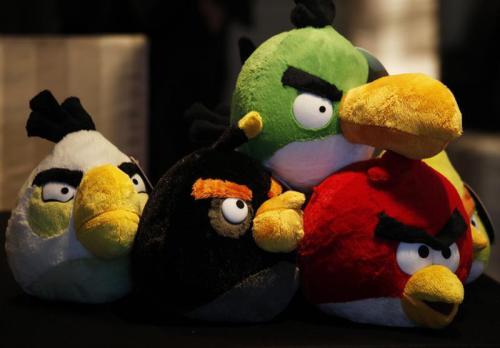 The Times said the U.S. National Security Agency (NSA) and its British counterpart, the Government Communications Headquarters, had tried to exploit increasing volumes of personal data that spill onto networks from new generations of mobile phone technology.

Among these new intelligence tools were “leaky” apps on smartphones that could disclose users’ locations, age, gender and other personal information.

The U.S. and British agencies were working together on ways to collect and store data from smartphone apps by 2007, the newspaper reported.

The agencies have traded methods for collecting location data from a user of Google Maps and for gathering address books, buddy lists, phone logs and geographic data embedded in photos when a user posts to the mobile versions of Facebook, Flickr, LinkedIn, Twitter and other services, the Times said.

Snowden, who is living in asylum in Russia, faces espionage charges in the United States after disclosing the NSA’s massive telephone and Internet surveillance programs last year.

His revelations and the resulting firestorm of criticism from politicians and privacy rights activists prompted U.S. President Barack Obama to announce intelligence-gather reforms on January 17, including a ban on eavesdropping on the leaders of close allies and limits on the collection of telephone data.

The Times report said the scale of the data collection from smartphones was not clear but the documents showed that the two national agencies routinely obtained information from certain apps, including some of the earliest ones introduced to mobile phones.

The documents did not say how many users were affected or whether they included Americans.

“To the extent data is collected by the NSA through whatever means, we are not interested in the communications of people who are not valid foreign intelligence targets, and we are not after the information of ordinary Americans,” Carney told a regular White House news conference.

Any such surveillance was focused on “valid foreign intelligence targets … I mean terrorists, proliferators, other bad actors (who) use the same communications tools that others use,” he said.