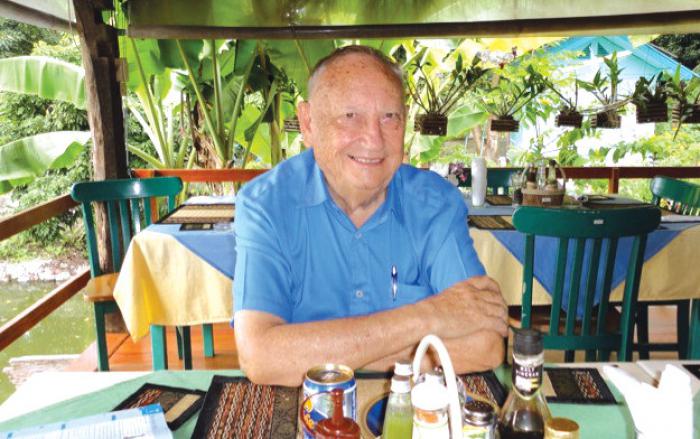 Now living in Chiang Rai in his 30th year of Thai residence, Don will also tell us what he thinks a foreigner needs to do – and not do – to succeed in business here.

A big chunk of Don’s entrepreneurial years played out right here in Phuket, after he arrived on the island in 1995 and focussed his natural ingenuity and strong work ethic on producing a plethora of food supplies for Thailand’s burgeoning hospitality industry.

But Phuket is just one of many fascinating chapters in Don’s life. His book will take you on a journey through America and Russia, India and Korea, and of course, his beloved Thailand.

Questions will be invited.

Don Battles, author of ‘Merchant Of The Orient, An Entrepreneur’s Journey In Life’. Photo: Supplied

For more about Don and his talk tonight, click here.

Entry is free of charge, as are snacks. The bar opens at 6pm, with the presentation scheduled to start at 6:30pm. Autographed copies of the author’s book will be available at 700 baht.

All drinks at Happy Hour prices (two for the price of one) until 9pm.

Seating is limited. Those wishing to attend are urged to arrive no later than 6:15pm to raise the odds of getting a seat.

For more information about Don and his secrets to real success in doing business in Thailand, see the Gazette’s interview with him, here.

This event is proudly sponsored by the Phuket Gazette, PGTV, and the ‘Phuket Today’ show, the island’s only national television program (aired daily on True Visions channels 59 and 85).

The power of ARMY. The IFPI represents the recorded music industry worldwide. It’s not a Grammy or a popularity vote. The award is calculated according to an artist’s or group’s worldwide performance across digital and physical music formats during the past year. Everything from streams to vinyl, CDs and downloads…. and covers their entire body of work. The award was announced last week at the culmination of the IFPI Global Artist Chart, which counted down the top 10 best-selling artists of the past year.

And it’s certainly been a great year for music… not so much for going to live concerts but we’ve certainly had a lot more time to listen to our favourite artists and stream their clips on YouTube.

The group that won this year, based on their pure sales, actually came second in 2018 and 7th in 2019, so it isn’t some statistical blip on the music radar.

The win also represents somewhat of a quantum shift in world music… the sort of thing that only happens once in a generation. Rather than the popular cross-over style shift represented by the George Gershwin’s Rhapsody in Blue in 1924, the brith of rock with Bill Haley in 1955 or the rise of British pop in the 1960s, personified by The Beatles, this year’s IFPI signals another generational milestone in tastes, method, world reach and engagement with fans.

In all the right-hand turns of the popular music genre, there has usually been a technological breakthrough that has accompanied them, or at least been a key aspect of their success.

In the case of the the Great American Songbook, the foundations of the pop music genre, it was the recorded record and the start of radio-as-entertainment in the 1920s that provided a method to reach a huge audience with the new sounds and tunes for the first time.

Then it was the 7” single that made music cheaper and easier to play, that revolutionised the radio music formats of the 1960s and provided the perfect vehicle of the British pop revolution to spread around the world. 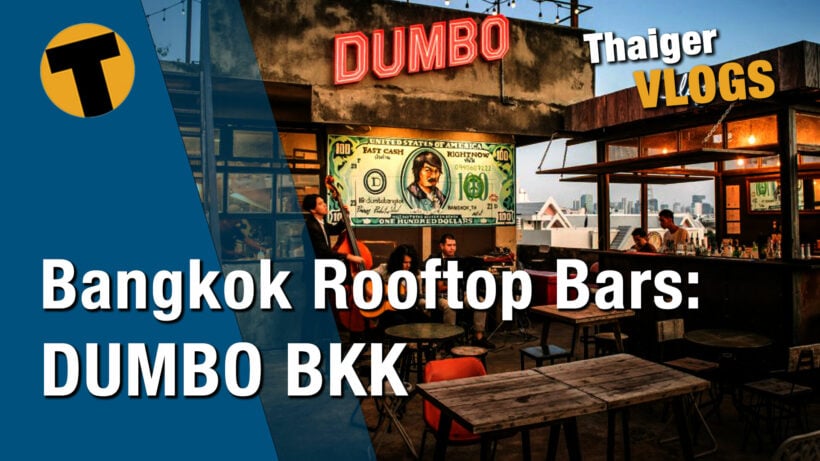 Located in the heart of Bangkok City, Thailand. Just a few metres away from the Saphan Khwai BTS station, ‘DUMBO BKK’ offers a fine mixture of jazz, great food and original cocktails. Bringing you back to the urban tenors of the late 1940s – early 1950s, New York. Som, one of our new Thaiger Vloggers sneaks in, and brings us her impressions of the place. Let’s check it out!