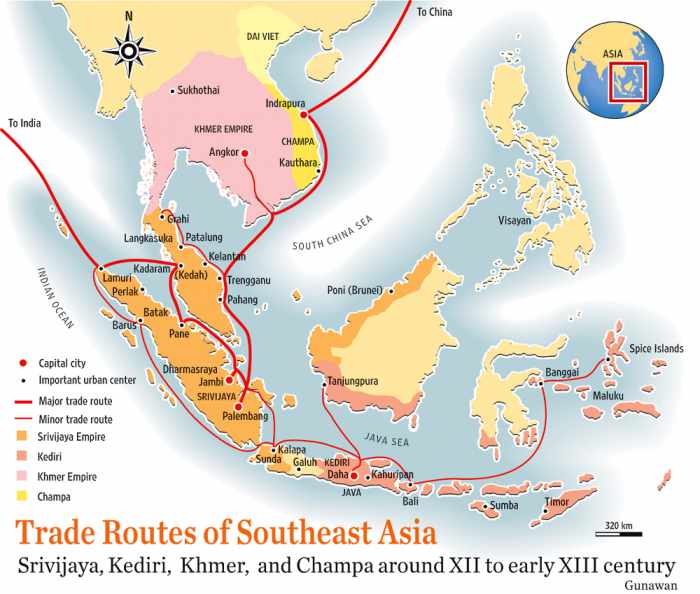 PHUKET: In May of this year an unbelievable discovery was made in a palm plantation in Khao Chaison, a district within Phatthalung province. Wee Thapsaeng, the owner of a 7-rai plot of land was using his tractor to plow the land, in order to prepare it for growing palm trees. What emerged, however, was not just mud and earthworms, as one would expect. To his surprise, Wee also found several gold plates emerging from the disturbed ground (story here).

A visit to the local goldsmith quickly confirmed that the objects were indeed solid gold. News of the discovery soon spread among the villagers sparking a frenzied rush to look for more gold. Hundreds of villagers started digging in Wee’s plot of land and true to their expectations, more gold was discovered. By the time the Fine Arts Department had heard of the news and arrived to investigate the site, villagers had dug up hundreds of gold plates, bracelets, nuggets and animal pendants.

Initial investigation of the artifacts confirmed that the gold was indeed ancient. In fact, the hoard found in Khao Chaison turned out to be more than 800 years old, according to experts from the Fine Arts Department.

Villagers who lived nearby said that the site of the discovery used to be an old canal bed, which had long since dried up. They also said that an old Chinese vessel had been uncovered there several years ago. One of the villagers who managed to dig up a gold plate from the plot of land, said that her find was buried only 20 centimeters underground. When she uncovered the plate, it resembled a piece of paper that had been folded many times. The plate had Chinese characters inscribed into it. According to her daughter, the characters translated as ‘Powerful Being’.

So how did Chinese-inscribed treasure, or for that matter, any treasure end up in the middle of a field in Phatthalung province?

Assuming the experts at the Fine Arts Department have correctly dated the treasure hoard, the gold must have originated from an era that preceded the Sukhothai Kingdom. In fact, around 800 years ago when the treasure was lost, the boat carrying it must have been sailing along an ancient canal that ran through, what was then, the Srivijaya Empire.

Srivijaya was a regional power from around the 8th to the 12th century AD. The boundaries of the empire stretched from what is now modern-day Sumatra, Java, the Malay Peninsula and the south of Thailand, up to Surat Thani province. The empire prospered from maritime trade and fostered its commercial relationship with the ruling Tang Dynasty, and then later with the Song Dynasty of China.

Srivijaya was also an important center for Mahayana Buddhism. In fact, the earliest mention of Srivijaya was made in the 7th century AD. A Chinese monk called Yijing, who travelled to the empire in the year 671 AD, wrote about Srivijaya in his travel accounts.

Srivijaya was a maritime empire. During its heyday, the rulers of Srivijaya controlled the most important sea routes and allowed it to foster trade between China and the various kingdoms in India. Its location made it a maritime trading center and propelled it into one of the wealthiest and most populous kingdoms in the region during that period. Back then, the rulers of Srivijaya understood that their regional dominance was owed to the fact that they controlled the most important trade routes.

The kings of Srivijaya ordered the building of canals throughout their empire, in order to make it easier for merchant ships to sail within the territory. Aerial photographs, which were taken in 1984 show remnants of impressive canal networks, moats and ponds in Palembang, in southern Sumatra, which were built during the Srivijaya Empire.

The city of Ligor, modern day Nakhon Sri Thammarat, was an important trading center within the Srivijaya kingdom. The ancient canal network, which runs through Phatthalung may have connected Ligor with the sea and the various towns in the region.

Although many trading vessels would have voyaged along the canals during the Srivijaya period, maritime journeys during that time were fraught with danger. Several ships were sunk due to storms and other catastrophes. The hoard of gold discovered in Phatthalung may have been in transit through Srivijaya territory, but for some reason the vessel carrying it must have sunk in the canal along with its precious cargo. The invaluable treasure would not resurface again for another 800 years.

Anek Sihamart, chief of the Fine Arts Department is worried, however, that if the gold rush is not stopped, villagers could seriously damage the ancient site and the historical artifacts. The fact is, discoveries dating from the Srivijaya period have been very rare and this find, if confirmed to be from that period, could reveal some intriguing information about the empire’s history that has never come to light before. The Fine Arts Department has now offered to buy the ancient gold back from villagers who may have taken those pieces home, at prices higher than the market value. They have also asked the military for help in fencing off the area so that a proper excavation of the site can be done in due course.

For the love of latex: A glimpse into Phuket’s role in Thailand’s rubber industry

The future of printed books in the digital age