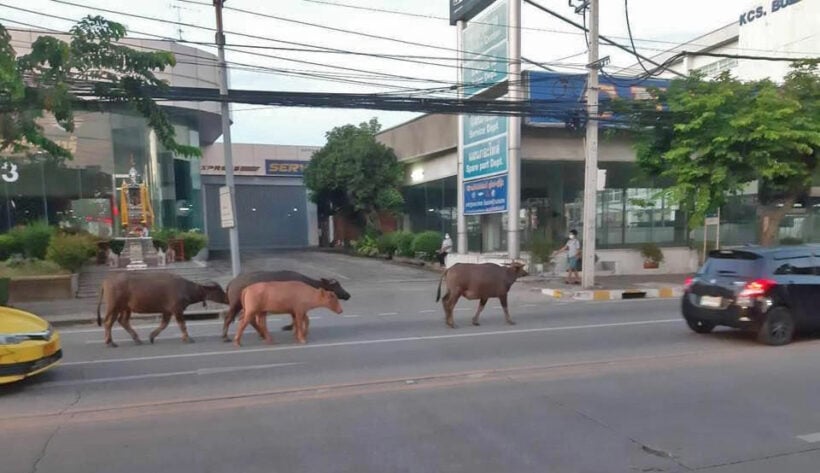 6 buffalo who broke loose from a Bangkok slaughterhouse and onto city streets this morning will be saved by a nun who owns a farm for rescued farm animals.  Phakjira Hatthakitchamroen, who owns Punissarapab Farm in the western province of Ratchaburi, is collecting funds to buy the animals from the slaughterhouse in the Srinagarindra area. They were spotted wandering On Nut Road next to zipping cars in a series of clips and photos that went viral online earlier today.

“We eat their kids and meat, and they help us till the earth but they have no place to live. It’s not fair to the buffalo. Farmers aren’t even keeping buffalo nowadays. I’m telling you, in 3 years we will see no more buffalo.”

Saving animals from slaughter is regarded as a merit-making act by many Buddhists.