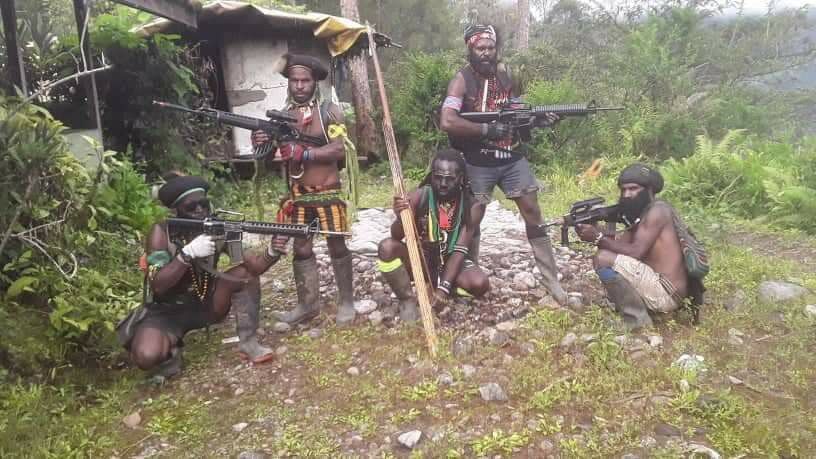 Gunmen in a mountainous district of Indonesia’s Papua shot and killed eight technicians at a tower owned by a telecoms company on Wednesday. Today, West Papua’s main rebel militia claimed responsibility. One technician had managed to escape and tell authorities about the attack. Police began to track down the attackers, when the West Papua National Liberation Army took responsibility. The technician who survived made a statement about the attack.

“This is such an extraordinary crime”.

West Papua has been fighting for its independence from Indonesia since the 1960s. West Papuans want West Papua to be one country with the rest of Papua. The rebels who shot and killed the eight technicians claimed to have warned civilians to leave the area. They said that therefore, people who were shot were “part of the Indonesian military or police”.

Estimates say that between 100,000-500,000 West Papuans have been killed since Indonesia took over West Papua in the 1960s. The West Papua Council of Churches says there have been at least 400 deaths from the conflict since 2018. This includes people who fled military operations, and then died because of a lack of food and medicine.

joseph
aren't these the same people who ate Michael Rockefeller?
Cathat
It's never been proved that they dined on mr Rockefeller and would probably be a pretty difficult thing to prove conclusively even at the time. It's just as probable that fatigue/drowning and/or the sharks/crocs had a very rich meal that…
Norton
It's just as probable that Mr. Rockefeller went to the back of the boat to relieve himself and unbeknownst to his fellow travellors he fell in the water.
HiuMak
They would make good civilian resistance in Ukraine