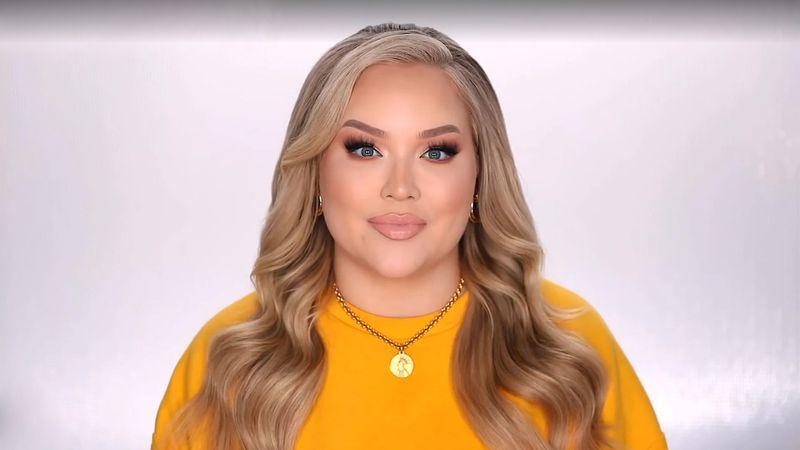 One of the most influential makeup artists on social media (yes, it’s a big thing) rocked her fans Monday night with a video revealing she’s a transgender woman. 25 year old Nikkie de Jager, better known as NikkieTutorials, told her 12 million-plus subscribers she revealed her gender identity because she was blackmailed by people who wanted to take her story to the media for profit, saying that announcing her transgender identity was “a way for her to reclaim her power.”

The video was trending on Twitter on Monday night and continued to be the most watched video on YouTube over the past few days, now up to 25 million views.

“It feels good to finally do it. It is time to let go and be truly free. I was born in the wrong body, which means that I am transgender.”

de Jager has amassed a massive following of makeup enthusiasts and artists, who watch her videos for advice, reviews on new product releases and to marvel at her artistry. Her passion and knowledge have led to collaborations with top brands like Too Faced and Orfra, and to videos with celebrity makeup artists on her channel.

Her fame and accomplishments were all achieved without any questions surrounding her gender identity, which she told viewers was no accident.

“I always wanted to live in a world where I saw myself as me, as Nikkie, as a woman, as a girl, as a boss lady,”

The YouTube star has been transitioning into the woman she is for years, and says she was dressing and styling herself as a girl by the age 7 or 8.

“Ever since I was born I always thought that I was a girl. All of me was girly.”

de Jager was taking hormone pills and growth stoppers by age 14, supported by her mother and schoolteachers. By 19, she says, she was “fully transitioned,” hinting at the possibility of gender reassignment surgery.

de Jager says she’d always wanted to reveal her transgender experience, but being blackmailed forced her to take action.

“It was frightening to know there are people out there who are so evil that they can’t respect someone’s true identity,” she said of her extortionists, before flipping a middle finger with a squared, sparkling acrylic nail.

She says her revelation does not change anything about her, and briefly expressed concerns over how her news would be receive.

“I transitioned while on YouTube. I have literally grown up and transformed into me.”

The response to de Jager’s announcement has received mostly praise from the beauty influencer community.