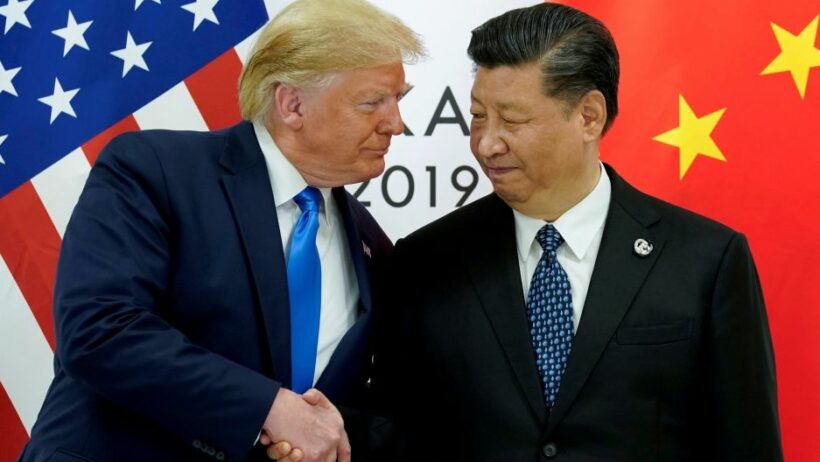 The United States and China are poised to sign a trade truce today after a protracted trade spat that has impacted both countrys’ economies and shaken spread unease through world trade links. Both sides describe the result of the ‘Phase One’ agreement as ‘hard fought’. The signing signals a fragile truce and a prickly period of reconciliation between the world’s two largest economies.

But hundreds of billions of dollars of tariffs will remain in place at least until after the 2020 US Presidential election in the US. According to the New York Times, the new deal includes commitments by China to curtail practices that American firms complain put them at a disadvantage and force them to hand over valuable intellectual property to Chinese firms.

The timing of the signing is good for US President Trump who is about to face Congress over his current impeachment proceedings. News of the imminent signing of the interim agreement has boosted stock markets worldwide in recent days. Meantime, the threat of new tariffs will be shelved.

With Phase One of an agreement now looks to be sorted, the most difficult issues remain to be dealt with in “phase two” negotiations. These will include the massive subsidies for state industry and forced technology transfer.

After all the pain, the interim agreement largely takes the US/China trade relationship back to where it was before President Trump was elected in 2016, even restoring elements he scrapped.

Cconomist Mary Lovely says… “The US-China phase-one deal is essentially a trade truce, with large state-directed purchases attached. The truce is good news for the US and the world economy.”

US officials say they will release details of the agreement being signed at a White House ceremony on Wednesday *Thursday Thai time).

After announcing the finalisation of an interim deal on December 13, the US canceled a damaging round of new tariffs that were due to kick in December 15.

Washington said Beijing have agreed to import, over the next two years, US$200 billion of US products above the levels in 2017, before President Trump launched the trade war with China. Since December, US President Trump has said that the trade pact will be a boon for American farmers, stating that China will buy $40 to $50 billion in agricultural goods.

US farmers have been hit hard by the ongoing trade war, notably on soybeans which saw exports to China plunge to just $3 billion from more than $12 billion in 2017. The Trump administration paid out $28 billion compensation to farmers in the last two years.

Even with a new agreement in place it is likely that the trade imbalance between the two countries will still greatly favour the Chinese, an economy that is likely to become the world’s largest before the end of this decade (sooner according to some leading economists).

US and Chinese officials say the agreement includes protections for intellectual property, and addresses financial services and foreign exchange while including a provision for dispute resolution. In August President Trump also formally accused China of manipulating its currency to gain an advantage in trade and offset the impact of the tariffs. 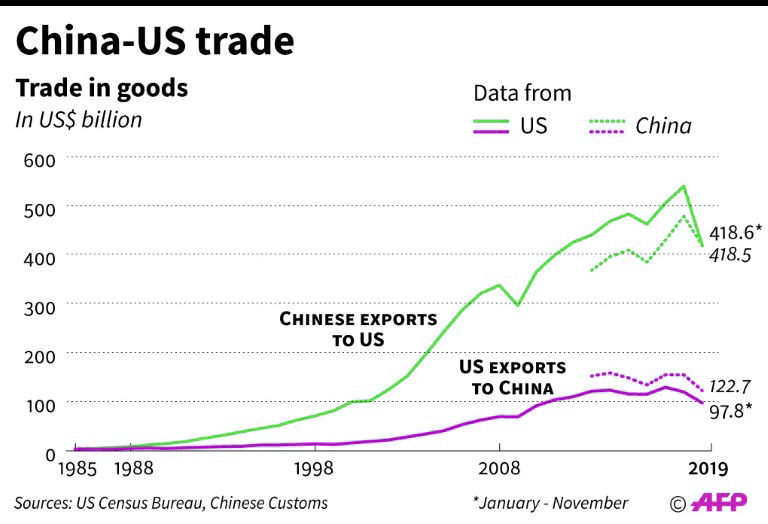