A mother and her 19 month old son have been killed after their motorcycle was struck by a car in a collision in Nakhon Si Thammarat, southern Thailand. The incident occurred at a three-way junction on Therdphrakiat road in the main city district this morning around 8am, according to police.

The 38 year old motorcycle rider, Supanrat Srisawang, was making a right hand turn at the intersection into Therdphrakiat road, heading for the main Nakhon Si Thammarat city area, and cut in front of an oncoming car. She was seriously injured in the collision. Her 19 month old son, Kongpop Tuankupong, was seated in front of her. He suffered a broken neck and head injuries and died at the scene.

The mother was rushed to Maharat Nakhon Si Thammarat Hospital where she was pronounced dead on arrival. The 32 year old driver of the silver sedan, Warissara Srisawang, who worked as a clerk at a nearby school, surrendered to police after the accident, according to the Bangkok Post. 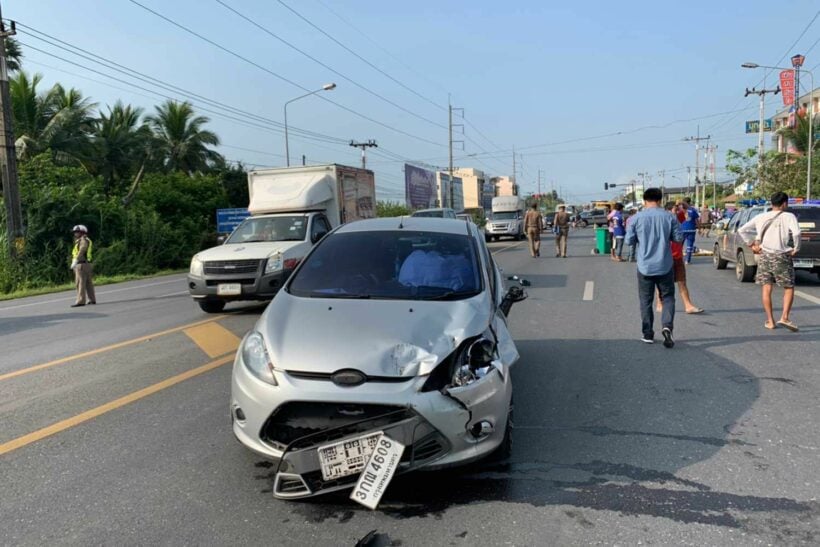