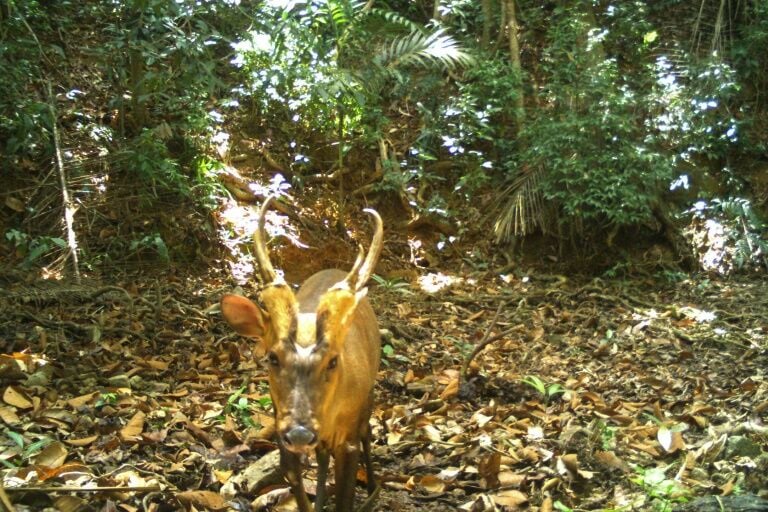 The muntjac (AKA barking deer), an endangered species, was seen, and photographed via hidden Camera in Cambodia’s Virachey National Park in the Ratanakiri province, in northeast Cambodia says environmental spokesperson Neth Pheaktra.

The barking deer mainly live in the hill ranges of  Lao PDR, Vietnam and eastern Cambodia. However, there is insufficient information to give accurate population figures. It may be most noticeable for its sizeable antlers which make it look not dissimilar to Loki from the Marvel universe.

The deer was caught on camera several months ago, but it was only after Cambodian authorities got their camera and went through months of footage did they make their exciting discovery.

Neth was jubilant over the deer spotting, calling it “the most exciting news for Cambodia and for the whole world that such a rare and most critically endangered species was discovered in Cambodia”.

The deer species was first discovered in nearby Vietnam and Laos back in 1994.

The park the deer was discovered in is under constant threat of illegal logging and deforestation, which has already negatively impacted the area.

AlexPTY
First positive news for this week!
TobyAndrews
Here in Phnom Penh I heard it last night at three o'clock in the morning!! Or it could have been a dog . . . Barking deer are also in Bulgaria. I saw one and know it was a barking…