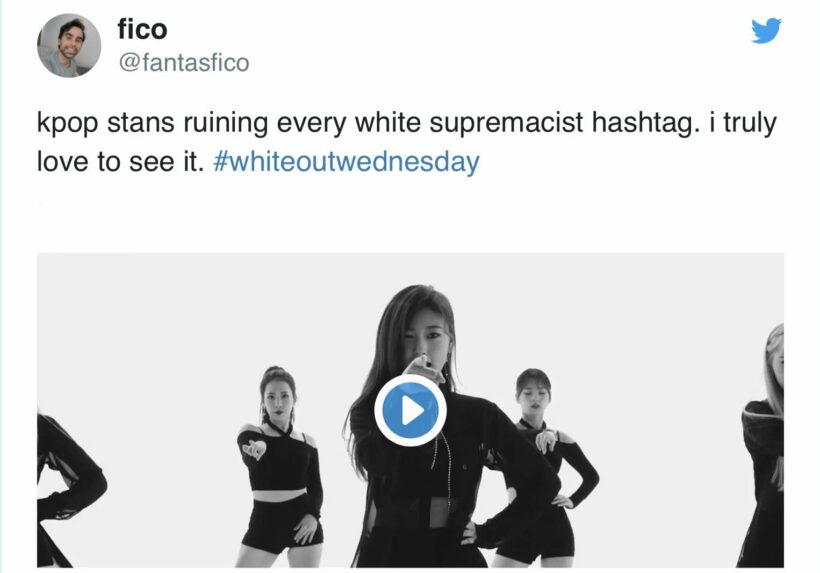 K-Pop fandom have weaponised their huge base and taken on the hashtags #WhiteLivesMatter, set up as a spoiler to the #BlackLivesMatter movement. But the huge fanbase of K-Pop has mobilised to spoil the spoilers. By flooding the hashtags with content, the K-Pop fans have been drowning out racist or offensive posts.

Instead they’ve used the hashtags to share pics of their fave K-Pop bands and performers, memes and lyrics that show support to the #BlackLivesMatter and the peaceful protests that are now spreading across the world.

The #BlueLivesMatter hashtag, often used in support of the police but also criticising #BlackLivesMatter protesters, has also been targeted. 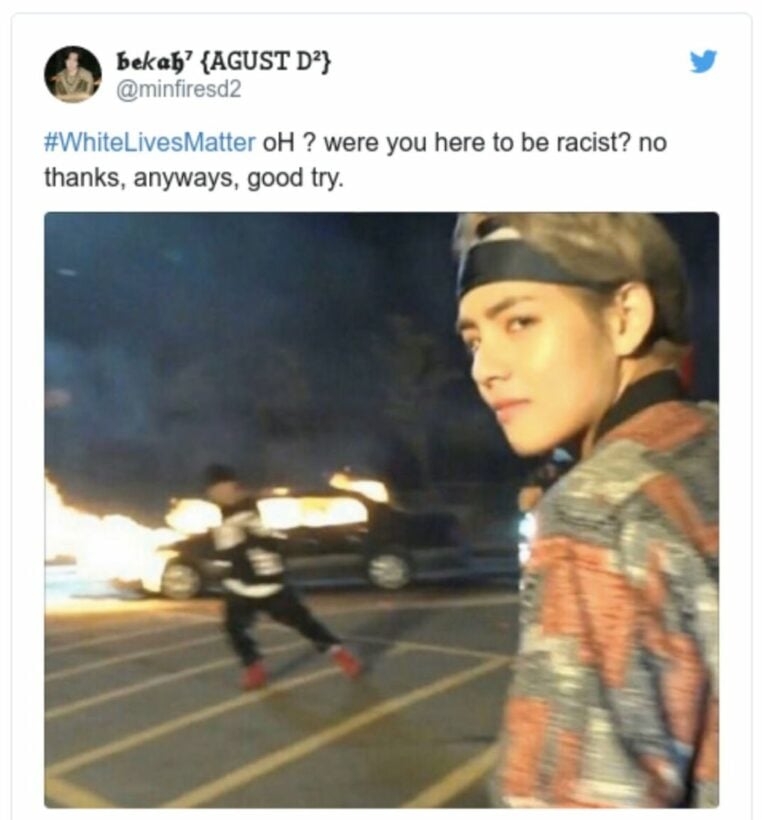 After K-Pop fans flooded the hashtag with photos and videos, the term started trending on Twitter, reaching a much broader and global audience than its intended US base. Some fans are now focusing on other tags such as #AllLivesMatter.

The protests, and the social media storm, began following the release of a video showing African-American George Floyd being arrested, then killed, in the US city of Minneapolis. In the video four white police officers are seen arresting Mr Floyd. One officer, Derek Chauvin, is seen kneeling on the man’s neck even after he pleads that he cannot breathe. He was eventually taken to hospital, unresponsive, and pronounced dead on arrival. The four police officers have now all been charged; Mr. Chauvin with second degree murder.

George Floyd’s death has sparked huge protests in multiple cities across the US against racism and the police killings of black Americans. The protests, now in their eighth day in many locations, have been largely peaceful but also been politicised by both extremes of the US political landscape. 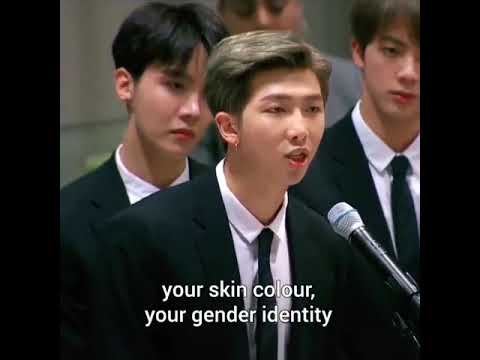 So if you click on the #WhiteLivesMatter hashtag now you’ll be bombarded with thousands of K-Pop posts and messages of support for the US protesters, sometimes accompanied with lyrics and videos displaying messages of peace and anti-racism memes.

The most popular K-Pop band, indeed the most popular band in the world at the moment, BTS, released a rare political statement yesterday, standing in solidarity with the Black Lives Matter movement. The band has more than 26 million Twitter followers and their statement was posted in English and Korean.

“We stand against racial discrimination. We condemn violence. You, I and we all have the right to be respected. We will stand together. #BlackLivesMatter.” 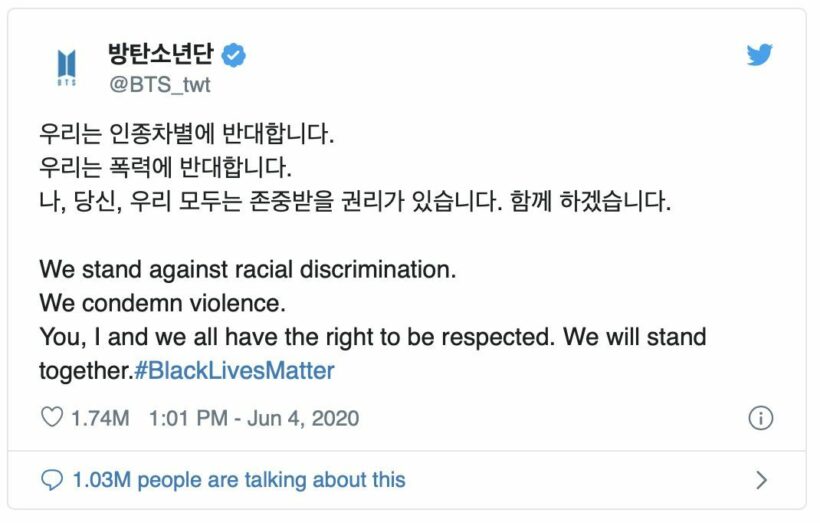