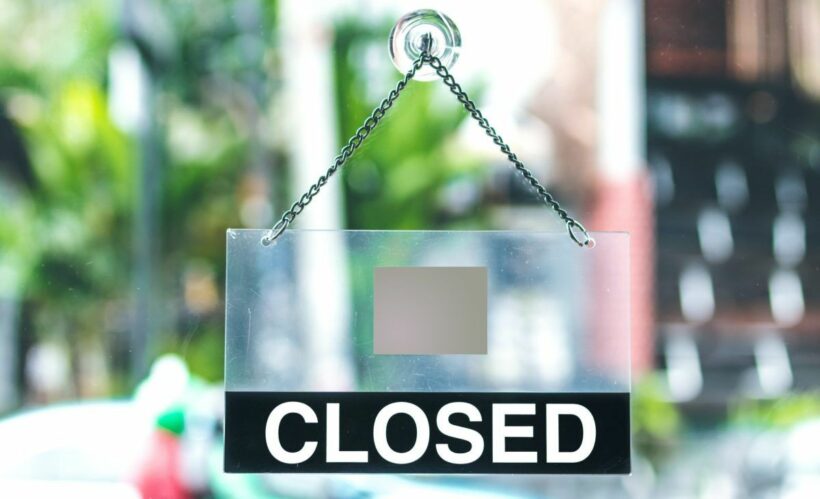 “We are by no means out of the woods” – WHO chief Tedros Adhanom Ghebreyesus.

The World Health Organisation is warning that Europe will face a rising death toll from Covid-19 during the northern hemisphere autumn. The warning comes as the number of world daily infections hit a record high. The WHO reported 310,692 new cases worldwide on September 11, with the weekly trend starting to spike again after levelling off over the past month. The trend in daily deaths, however, continues to drop as treatments for severe Covid-19 cases continue to improve. 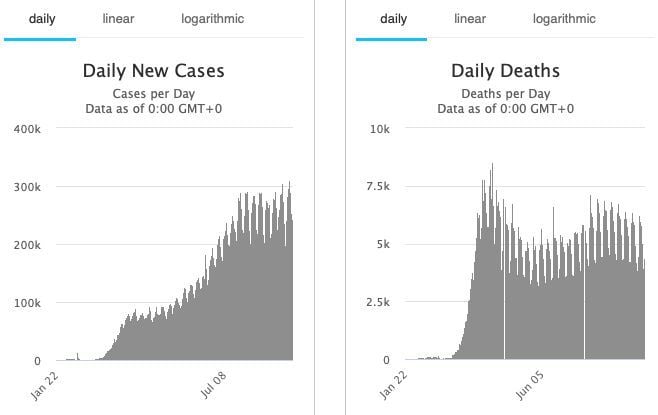 India, the US, Brazil, Argentina and France led the way yesterday as the countries adding the most new cases in the world. Regionally, the Americas, the Asian sub-continent and Europe remain the major concerns at this phase of the Covid-19 response. (Figures from September 14, according to worldometers.info)

The WHO Europe director Hans Kluge, speaking to AFP, say that the situation… “is going to get tougher. In October, November, we are going to see more mortality.”  Europe’s 55 members have been meeting with the WHO yesterday and today, focusing on their virus response as the global death toll crossed 932,000 and expected to reach a million deaths within the next 10 days.

“We are by no means out of the woods.”

Around the world the Covid-19 hangover continues as some country’s try and re-open their borders and restart their battered economies, others re-open and then re-apply restrictions as cases rise, and others just keep their borders sealed for now. The UN World Tourism Organisation reports that 53% of the world’s tourist destinations have now started easing travel restrictions government’s imposed in response to the Covid-19 pandemic.

• In advanced economies, 79% of tourism destinations had already started easing restrictions. In emerging economies, less than half, just 47% of destinations, have started the process.

• 64% of those destinations which have eased have a “high or medium dependence” on airlines to deliver international tourists to their location. Island destinations are particularly at risk at this time as the air lift is critical to their tourist success.

• 50% of destinations in the survey, with borders completely closed to tourism, are listed as being among the “World’s Most Vulnerable Countries”. They include 10 Small Island Developing States, 1 Least Developed Country and 3 Land-Locked Developing Countries.

The cities of Marseille and Bordeaux in France have announced a series of new restrictions on public gatherings as Covid-19 infections soar in the country with a second wave of infections more pronounced than the first European wave in March and April this year.

The latest surge is sparking alarm across Europe, and reviving debate over how quickly to re-open businesses and borders, and the best way to fight the rise in infections. Currently England has restricted social gatherings to no more than 6 people from yesterday. At the same time millions of schoolchildren around Europe are heading back to their classrooms for the first time in months. The UK’s Institute for Employment Studies has just released a report showing how Covid-19 may cost 1 million jobs in Britain this year.

But while Europe is coping with a a new wave of infections, other parts of the world are prying open their borders and easing restrictions. Saudi Arabia announced it would partially lift a 6-month suspension of international flights this week. South Korea says it would ease rules around Seoul after cases declined in the capital.

Meanwhile clinical trials continue on a range of vaccines around the world. Researchers on the AstraZeneca-Oxford University project, who aim to conclude testing by the end of 2020, had “voluntarily paused” the trial last week after a volunteer developed an unexplained illness.

But the WHO’s European director Hans Kluge is urging the public not to put all their hopes on a single vaccine from just one country.

Meanwhile, the Global Preparedness Monitoring Board is warning that… ” far too little is being done to prepare for future, possibly even more damaging pandemics.”

“The crisis had revealed how little the world had focused on preparing for such disasters, despite ample warning.”